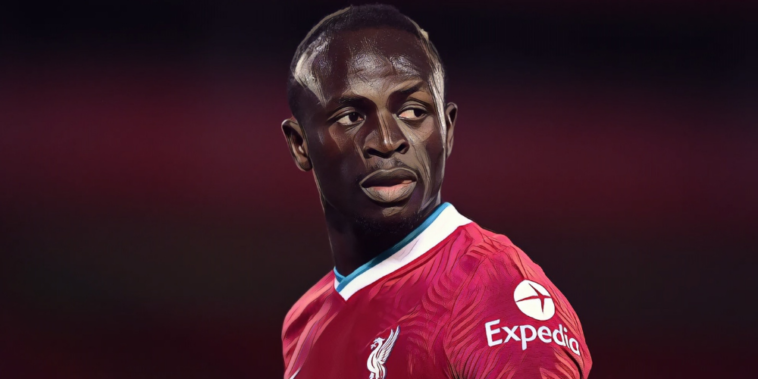 Liverpool boss Jurgen Klopp has revealed he’s not concerned by the recent below-par form of Sadio Mane, as he tries to conjure an answer for the forward’s current goal shortage.

In what’s been a difficult campaign collectively for the reigning Premier League champions, the form of the Senegalese star, in particular, has been a major cause for concern, the pacy wideman having netted just 12 times in all competitions so far this season.

That tally includes just seven in the league, after having hit 40 in the last two seasons combined, with his most recent league goal coming at the end of January in the 3-1 win over Tottenham Hotspur.

While he did net two crucial goals in the Reds’ Champions League last-16 tie against RB Leipzig, his sub-par form to date has been something of a quandary, having been an integral part of the club’s success in recent seasons.

Ahead of a potentially crucial clash for Liverpool’s top-four hopes against Aston Villa this weekend, manager Jurgen Klopp has admitted that the 29-year-old’s goal record is not what it should be this season, with the German unclear as to the possible cause of such a drop-off in performances.

“We all know how good Sadio Mané is, what a player he is and what he did for us, but obviously the numbers scoring-wise are not great at the moment,” Klopp said at his pre-match press conference. “He knows that, and a player with the mindset of Sadio wants to do extremely well.

“That is the situation he is in and each striker in the world knows these kind of situations. I’m not concerned but I see it as well. It is clear and we work on it.

“The schedule of the last three years was for a lot of players in world football a tough one, for him as well, but I don’t think that is the reason. There is no real physical problem for Sadio. We all need breaks from time to time but it is not a general problem, it is just the situation.

“If you don’t score for a while then strikers start thinking. The moment you start thinking exactly the right things again then it will be fine again. We have to make sure that this time is not too far away.”

With that clash with Villa up next, Klopp’s men will also be looking to end their wretched recent home form, the club’s last league win at Anfield having come back on 16 December against Spurs.

“We have a losing streak of six in a row – wow! That’s long,” Klopp said. “We have to change that. It is not about how I can change that in training; we have to bring ourselves in the right mindset.

“We decided – although it didn’t look like it in the Madrid game – that we chase everybody in this league. We just want to squeeze out of this season whatever we can get.

“For a long time nobody could really explain why we were so strong at home result-wise and now this is not easy to explain. The main reason is that we miss our supporters, but we’ve played very good games without supporters at home and that’s what we have to do now.”