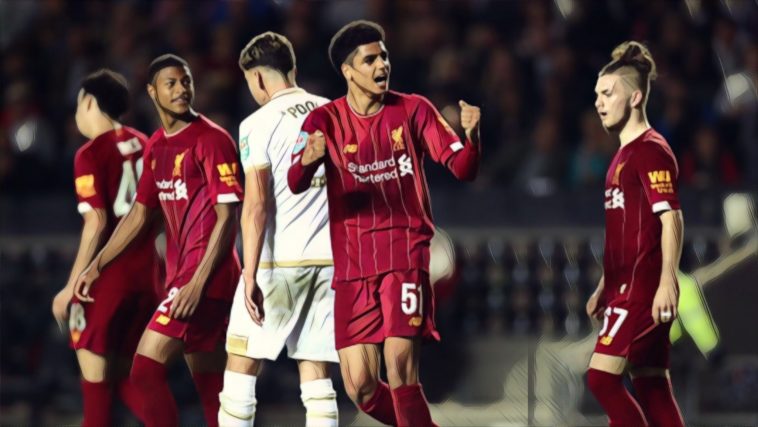 Liverpool manager Jurgen Klopp has warned ‘there is a long way to go’ for the club’s exciting young talent.

A heavily rotated Liverpool side advanced to the fourth round of the Carabao Cup with a 2-0 win at League One’s MK Dons in midweek, with Klopp having handed opportunities to several of the club’s talented youngsters.

Elliott became the youngest ever player to start a competitive fixture for the club at just 16 years and 174 days, and there were also first-team debuts for highly-rated forward Rhian Brewster and goalkeeper Caoimhín Kelleher.

Klopp was full of praise for the performances of his inexperienced stars, but insists there is still ‘a long way to go’ before they are ready for regular senior football.

"In a world of big transfer fees, signing a player like Joel on a free is incredible." #lfc https://t.co/IbWr1FPMSC

“They are ready for that but we need to find the right moment. They have to develop a lot,” Klopp said in his pre-match press conference.

“A lot of situations were nice, Harvey [Elliott] was the most obvious on the pitch with the chances he had.

“We are not in doubt about these boys and we know what we are going to do with them and what we expect of them. They have all the time in the world and they are in a really strong squad so it’s not easy for them to get in.

“They have to be patient, that is how it is. You see when we let them off the leash they are really ready for some nice football. It was nice for that to happen but there is a long way to go.

Read: Klopp wants Liverpool to ‘fight like a challenger’ despite record winning streak