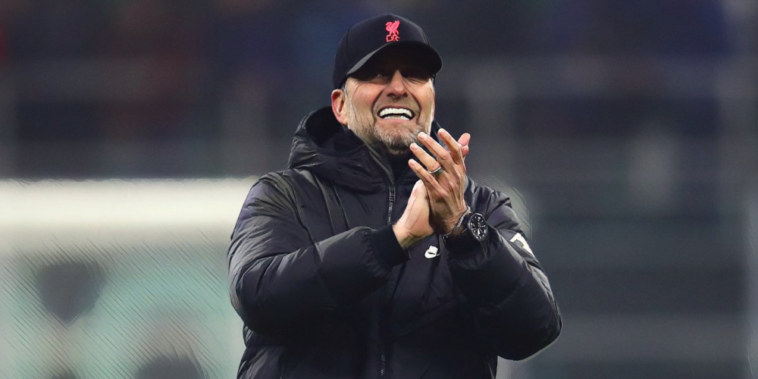 Jurgen Klopp believes Liverpool and Manchester United are ‘the two biggest clubs in the world’ as the two rivals prepare to meet in the Premier League on Tuesday.

Klopp’s side will enter the clash in impressive form after remaining unbeaten in the Premier League in 2022, whilst the Reds progressed to the FA Cup final after beating Manchester City on Saturday.

The German is relishing the chance to go head-to-head with United once again this week, calling the clash a ‘massive game’ between the ‘two biggest clubs in the world’.

“It’s a big game, it’s a massive game, the two biggest clubs in the world, I would say,” Klopp told his pre-match press conference.

“Maybe in Spain two will say it differently, but two of the biggest clubs in the world for sure face each other. Massive history around, big fights in the past, big fights since I’m here.

“This time it’s an incredibly important game again for both teams. That says it all. Both teams are fighting for being in the Champions League next year or more, we will see. That’s a tough one. United are obviously in the situation that they won the last game, I heard now a little bit they were not overly happy with the performance but the result, and results from other games, opened the door again for the Champions League. And that’s the Man United we will face now.

“They will go for it and we have to make sure if they want to qualify for the Champions League they have to do it without our points. But between now and then, an intense 90 minutes – 95 probably – will have to be played.”