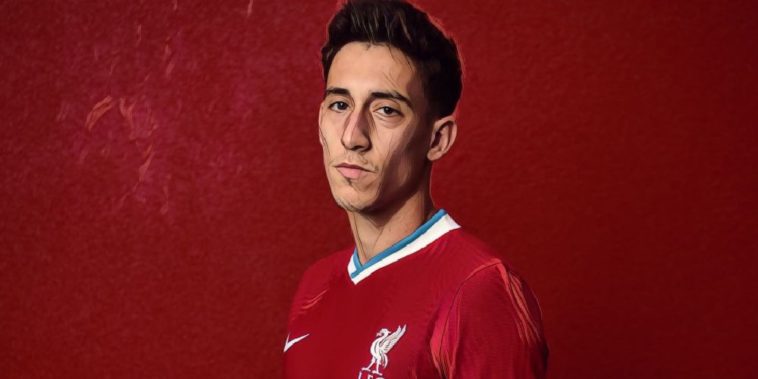 Jurgen Klopp has discussed the qualities of Kostas Tsimikas after Liverpool made their first signing of the summer with the capture of the left-back from Olympiakos.

The Premier League champions had been keen to sign a left-back as the sought specialist competition and cover for Andy Robertson, with the Reds confirming the signing of Greek international on a five-year contract for a fee in the region of £11.7m.

Tsimikas’ arrival comes after Liverpool saw a £10m offer for Norwich full-back Jamal Lewis rejected by the relegated Canaries, Klopp swiftly turning his attention to alternative targets after the two clubs found themselves a considerable distance apart in their valuation of the Northern Ireland international.

Tsimikas arrives having just helped Olympiakos to the Greek title last season, with the full-back having first attracted the attention of Liverpool’s recruitment staff during a loan spell at Dutch side Willem II where he played alongside former Reds midfielder Pedro Chirivella.

Klopp has now discussed the 24-year-old’s abilities following his move to Merseyside, believing Tsimikas has the attitude and desire to become a success in English football.

Kostas Tsimikas has vowed to give everything he's got ??

Don't miss our No.21's first interview as a Red ⤵️

“We have watched Kostas for a long time and are really happy that he has joined us. It’s the perfect news before we come back together very soon,” Klopp told Liverpoolfc.com.

“He is a very good footballer with an attitude to win and to compete, and I really like his mentality. It fits perfectly with the mood and the desire we have in our dressing room already.

“He has showed already at a young age he can experience football in a different country and do well – and he has been a big part of the success Olympiakos has had to win their title this season and in their European campaigns.

“Kostas knows from personal experience what is required to challenge and succeed domestically and in the Champions League, and he is ambitious for more – just like us.

“He has come up against some very tough opponents in the past couple of seasons and done well and we know he relishes the challenge, which is perfect for us.

“For that reason we are delighted to know we’ll have him with us for the years ahead. I’m so pleased.”