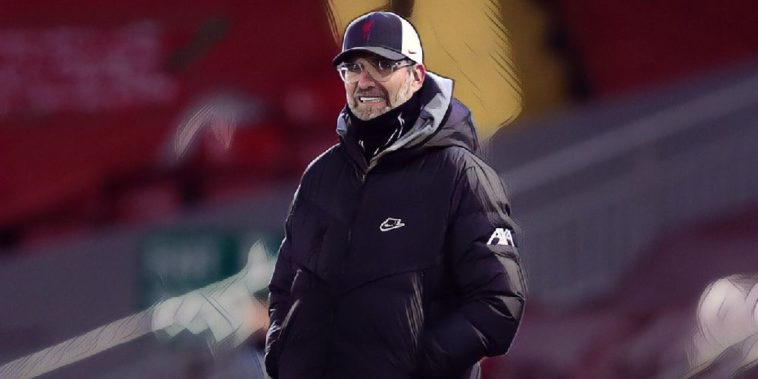 Jurgen Klopp insists Jordan Henderson will still be Liverpool’s ‘leader’ during his injury rehab after the midfielder was ruled out for an extended period after undergoing groin surgery.

Henderson was substituted in the first half of last weekend’s disappointing Merseyside Derby defeat to Everton to add to an ever-increasing injury list for the Premier League champions, the problem requiring surgery with the club captain ruled out until after March’s international break at least.

The 30-year-old has featured in a centre-back role in recent weeks amid the Reds injury problems and his absence will be a major blow, as Liverpool look to address a concerning run of form that has included four consecutive league defeats.

Klopp admits that Henderson will continue to play an ‘influential’ role in the dressing room despite his absence as Liverpool look to return to winning ways at struggling Sheffield United on Sunday evening.

“With so many injured players who are not available at the moment, and with most of them leaders, they are here doing their rehab and they all have to be influential,” said Klopp at his pre-match press conference.

“When Hendo is back he has to play this role while doing his rehab. It is not a quick one but we all hope there is a possibility for him to play a few games this season.”

Liverpool’s options could be boosted this weekend with the return of Diogo Jota after the forward took part in full training this week, the summer signing having not featured since suffering a knee injury during the Champions League draw with Midtjylland in December.

Fabinho and James Milner are also set to return to training tomorrow with the midfield duo set to be assessed ahead of the trip to Bramall Lane.