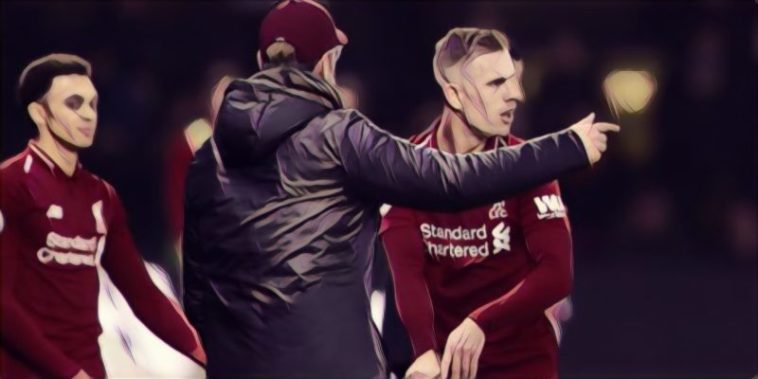 Liverpool captain Jordan Henderson was sent off in the final ten minutes of his side’s 3-0 win at Watford on Saturday.

Henderson received two yellow cards in the second half and can count himself lucky that Liverpool were able to see the game out as it was only 2-0 when he was sent for an early bath.

However, Jurgen Klopp would not criticise Henderson when speaking after the game.

“It happens. Jordan Henderson was not happy about his mistake but what a guy he is,” Klopp told BBC Sport.

Klopp felt Henderson had been showing signs that his temper may have been fraying in the second half and had actually been planning on substituting him.

‘’He has a heart like this so sometimes it leads you on the wrong path. We wanted to change him but we were a little bit too late!”

Henderson, out of action in recent weeks due to a hamstring injury, was making his first start since Liverpool’s win at Huddersfield in October.

The England international faces a tough task in remaining a first-team regular at Anfield these days with players such as Naby Keita, Gini Wijnaldum, James Milner and Fabinho all fighting for midfield places.