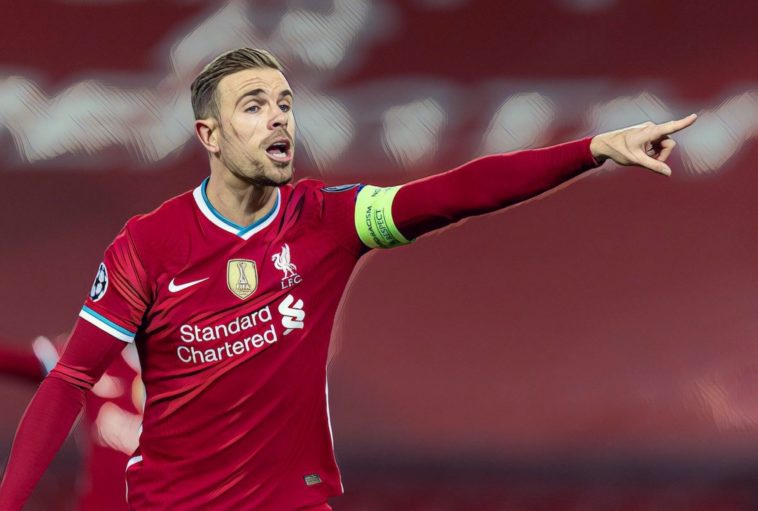 Jurgen Klopp has provided an update on the fitness of Jordan Henderson ahead of Liverpool’s trip to face Brighton this weekend.

Henderson has returned to training after missing the win over Leicester last week and the midweek defeat to Atalanta in the Champions League, the midfielder having picked up a hamstring injury whilst on international duty with England.

The 30-year-old’s return could hand Liverpool a huge boost as they bid to deal with an ever-increasing number of injuries at present, with Xherdan Shaqiri and Naby Keita having joined the likes of Virgil van Dijk, Joe Gomez, Trent Alexander-Arnold and Alex Oxlade-Chamberlain on the sidelines.

Thiago Alcantara and Rhys Williams are also both doubts for the trip to Brighton on Saturday lunchtime, and Klopp admits he will have to await the verdict of his medical staff before assessing his options ahead of the clash with the Seagulls.

“Hendo trained yesterday in parts of the team training and his own individual session so we have to see what we do with that. All the other players that played are in recovery,” he told his pre-match press conference.

“That’s how it is when you have so few days in between. So we have to make late decisions. If you asked me my line up, I couldn’t tell you. I have to wait for medical department to tell me who looks like being ready.”

Liverpool head into tomorrow’s clash currently sitting second in the Premier League, though only behind leaders Tottenham on goal difference ahead of the north London side’s crunch clash with Chelsea on Sunday.