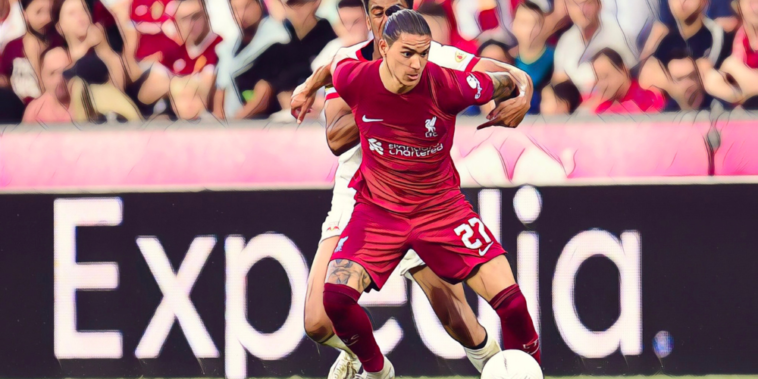 Nunez made his first start for the Reds in their 1-0 loss to the Austrian champions on Wednesday, with the summer signing working hard without reward at the Red Bull Arena.

The Uruguay international struck the crossbar from a narrow angle, but was unable to add to his four-goal haul off the bench against RB Leipzig last week.

Nunez’s 45-minute outing was another chance for the £64m arrival to integrate into the side, though Klopp was unhappy that the forward ‘too often’ found himself isolated in attack as Liverpool fell to defeat.

“Darwin was much too often alone. Everybody dropped, everybody was involved in the build-up but too wide and we could only pass the ball to Darwin in the box,” Klopp told the club’s official website.

“He had his moments and nearly scored, but he needs much more support around him. You keep other players busy that they cannot focus on him. So many things. Second half, imagine now Darwin would have been there in the box, that would have helped as well. It is like it is – doesn’t feel great, but we take it and go from here.”

Liverpool next face Manchester City in the Community Shield on Saturday, before beginning their Premier League campaign against Fulham on August 6.