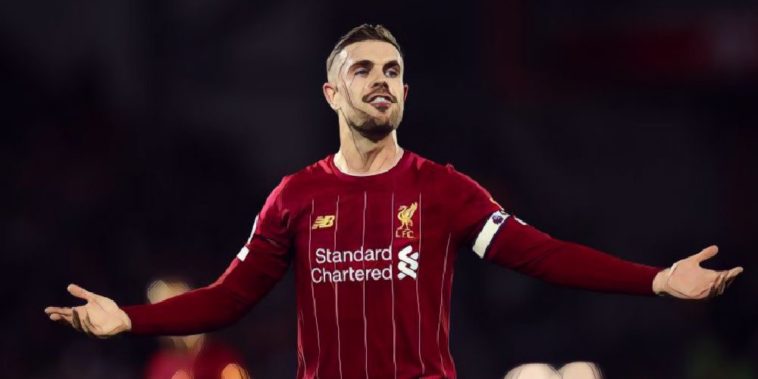 Jordan Henderson will miss the remainder of Liverpool’s title-winning season through a knee injury, but Jurgen Klopp described the problem as ‘the best possible of all the bad news’ with the midfielder not requiring surgery.

Henderson scored during the mid-week win at Brighton before sustaining the problem late on in the 3-1 at the Amex Stadium, limping off to be replaced by James Milner.

Scans have now revealed the extent of the injury and the Reds’ captain will miss the club’s remaining four fixtures of the Premier League season, though Klopp confirmed the England international should be fit for the start of the new campaign.

“It’s the best possible of all the bad news – but he will not play again this season,” the Liverpool boss said at his pre-match press conference ahead of this weekend’s clash with Burnley.

“I’m pretty positive he will start the new season with us. He’s a quick healer and he will be back soon.

“We all felt for him, an awful moment. We knew immediately. Hendo is an animal he fights for everything.

“He deals well with pain but in this moment, he knew something had happened. It was a complete mood killer.”

Klopp described the injury to the 30-year-old as an ‘awful moment’ at the end of a fine season for the newly-crowned champions, before confirming that Henderson’s injury will not prevent the midfielder from lifting the Premier League trophy during the club’s presentation against Chelsea on July 22.

“It was an awful moment when he went down with injury,” Klopp added. “You saw he knew something happened which shouldn’t have happened.