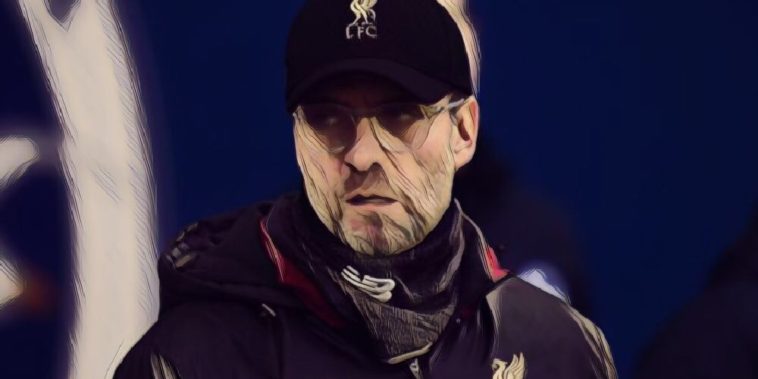 Jurgen Klopp thought that the wind played a part in Liverpool’s 0-0 draw with a ‘wild’ Everton in a pulsating Merseyside derby.

It was a game of two halves at Goodison Park, with Liverpool having the best chances in the first half, with Everton coming back in the second, backed by their ferocious home support on a damp day in the North West.

However, having blamed the wind for Liverpool’s FA Cup exit to Wolves back in January, as well as blaming the snow for the 1-1 draw against Leicester last month, Klopp once again used the weather as an excuse for today’s 0-0 draw.

“It is OK, a difficult game for different reasons and a wild opponent. The wind was coming from all directions and did not help anybody. It was a game that was difficult to control and we had three or four really big chances with Mohamed Salah and Fabinho, I don’t remember them having any chances. It is 0-0 and we kept our unbeaten run against them, not exactly what we wanted but it was a difficult game.

“Salah is doing everything right up until the last second, we had our moments and we have to fight the circumstances and the opposition, the boys did that. Our derbies are over and we play all the others now. It was not a genius game but we got a point against an opponent who is double motivated.

“We have to take the situation as it is. We talk about a free-flowing Liverpool side the other day and now we have Burnley at Anfield. Only 400 yards away from here but a completely different game. We have to show stability and fight for the result.”

“My Mrs was not in today so my heart was with the supporters. I know how important it is for them and they appreciate how hard the boys fought. We fight together and then in the end we will see where it leads us.

“Sadio Mane played one of his best games ever the other day and Firmino looked fine. Mo Salah needs to stay on track and work for the moments and situations.

“We do not think about City when they are a point behind us, now we are behind them but not too far. They have to win, we have to win and let’s see who wins more at the end.”