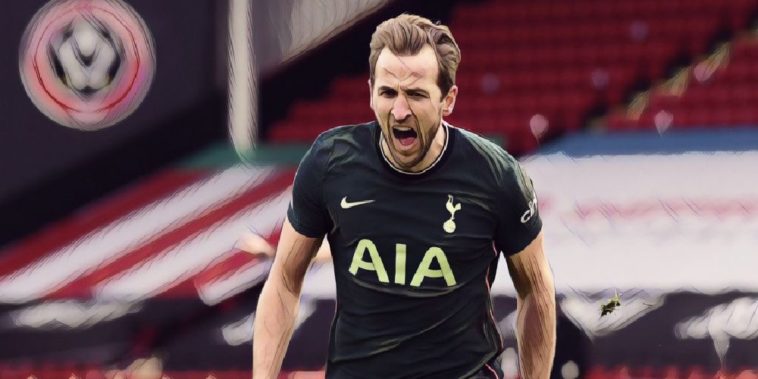 Spurs have had a habit of scoring during the opening stages of games this season, and they once again repeated the trick at after just four minutes, right-back Serge Aurier rising highest to power home a near-post header from a whipped Son Hueng-Min corner.

Mourinho’s men continued their impressive start and just a few minutes later Son latched onto a through ball from partner in crime Harry Kane, but the South Korean saw his chipped effort come back off the post with Aaron Ramsdale beaten all ends up.

And then on 39 minutes, it happened. Spurs finally managed to do what they have failed to do in draws against Newcastle, Crystal Palace, Wolves and Fulham, they got that all-important second goal.

The finish would come from star striker Harry Kane, the England skipper turning sharply 35 yards out before driving forward and curling a curling effort into the bottom corner.

However, Spurs sat back once the second-half began, and just before the hour mark, Chris Wilder’s side scored just their 10th goal of the season, Blades striker David McGoldrick scoring with a header from a delightful cross from John Fleck.

The home sides hopes of staging a comeback lasted just 172 seconds though, Spurs record signing Tanguy Ndombele finding the bottom corner with an outrageous chipped volley from a tight angle.

From a tight angle Tanguy Ndombele has lifted it over Ramsdale and dropped it right in the bottom corner, with the outside of his foot. Stunning.

From there on in Spurs saw the game out comfortably and speaking afterwards the impressive Kane was clearly delighted with his side’s performance.

“Fantastic performance from everyone today – started really well, aggressive with our press and were clinical to go 2-0 up,” Kane told Sky Sports.

”Even in the second half, when they scored, we didn’t panic. Tanguy (Ndombele) scored a fantastic goal and we saw the game out well, which we haven’t done in the past few weeks.

“It’s never been the manager saying that (we should sit back) it’s been us on the pitch having a mentality where we want to drop and hold on to to the win. The most important thing is us as players to go and take responsibility, and we did that today.

“Tanguy’s goal was incredible, the technique he had to flick that ball back over the keeper was truly special.

“There were a couple of chances I could have done better with, the most important thing is winning games.

”Anyone who can put a good spell together (is in the the title race), that’s why it has been disappointing and frustrating for us dropping points from winning positions.”

Today’s win sees Spurs move up to fourth in the table, although they will likely drop out of the top four depending on the result of Liverpool and Man City’s games later today.