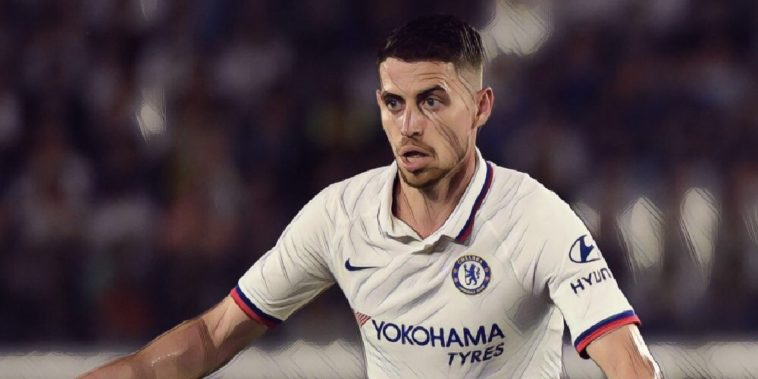 Chelsea midfielder Jorginho admits he is ‘more free’ after being handed a new role under Frank Lampard.

The Italy international was utilised as a deep-lying playmaker under former manager Maurizio Sarri last season, with the 27-year-old often a target for critics who had grown disillusioned with Sarri’s style of play.

Despite recording more passes than any other player in the Premier League last season, Jorginho failed to provide a single assist.

However, the former Napoli star set up Tammy Abraham’s goal during Chelsea’s 2-1 win over Barcelona in Japan, having been handed a more attacking role under Lampard during pre-season.

The Italian has now admitted he is enjoying the extra freedom given to him under the new Chelsea manager, who has altered the balance in a new-look midfield.

“This formation is new for me but I like it,” Jorginho told the Daily Mail.

“Last season we had three midfielders and now we are two. We are trying to work hard and we need to run a lot, but I think we can do many good things.

“I have more space to create and it means I am more free and can do more things with my creativity.

“I like it and think I can adapt. Of course you need a little bit of time but we are working very well.

“My characteristic is to be there and to control the game, so I think I will be there to control and organise the team. I stay in the middle and my team-mates can go to attack. Maybe it will mean more assists, maybe not.”