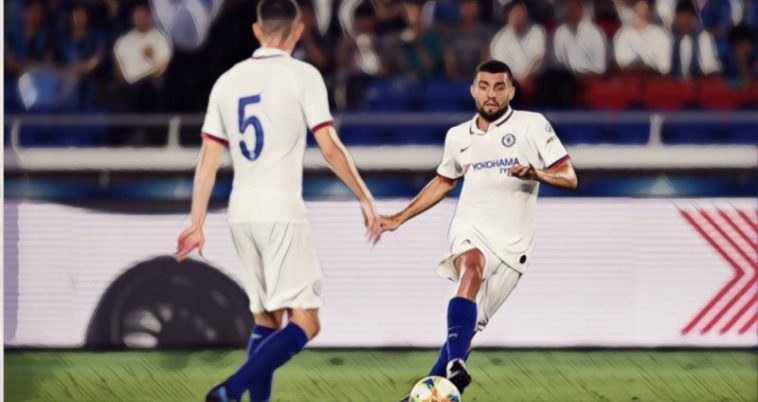 Chelsea’s form so far this season has taken many by surprise. An untested rookie manager at the top level, investing his faith and risking his credentials on a largely untested crop of youngsters as the club tries to weather the storm of a transfer ban; there is a lot in that football equation that would usually spell disaster.

For Frank Lampard though, his young swashbuckling band of academy graduates have been a breath of fresh air. They have not been flawless of course, but the positives hugely outweigh the negatives and at this current junction of the campaign they look a solid bet for a top-four slot come May 2020.

Seven wins in a row in all competitions and 21 goals scored have left many admiring Chelsea’s former midfield stalwart as he makes huge managerial strides. Outside of the more obvious, rip-roaring success stories of the likes of Tammy Abraham and Mason Mount though, two of Chelsea’s more understated players have arguably been just as effective and crucial to their electric run of form so far in 2019/20.

Jorginho and Mateo Kovacic have formed one of the most important midfield partnerships in the Premier League. The pair, derided by some last season, have been critical in pulling the strings from the centre of the park for Lampard’s men.

While youth may be the current buzzword at Stamford Bridge; it is this experienced midfield pairing that really gives Chelsea a platform to operate on.

One of the major criticisms that came the way of Maurizio Sarri during his brief and eventful tenure in West London last season was a perceived bluntness to his possession-based game that was too easy to nullify. Jorginho and Kovacic bore the brunt of the frustrated catcalls from the terraces as Chelsea fans yearned for a bit more gusto and zip to their team’s style of play.

While it is easy to dismiss midfielders who are deemed a bit too safe and lacking in real attacking threat, it is hard to deny their importance in keeping a team ticking over and setting the tempo.

Their importance is highlighted by the sheer graft they have brought to the side since Lampard replaced Sarri in the summer. Between them they average 122 passes per league game and they both boast an impressive 68% tackle succession rate from a combined 44 tackles. This is not headline-grabbing stuff of course, but it is hugely important work that comes with hard work, instinct and a meticulous reading of the game.

At 27-years-old and 25 respectively, Jorginho and Kovacic have been around the block a few times and are playing with real midfield know-how at the moment. Their confidence on and off the ball is a huge bulwark for Lampard to rely on this season as he looks to reclaim a place in the top four and win some silverware.

Either player is capable of taking out two, three, even four opposition players with one carefully crafted pass from a seemingly innocuous pocket of play on the pitch. And while a combined four goals to date in Chelsea colours hints at a stark lack of a goal threat, they are both mobile, intelligent and highly skillful players who are capable of breaking the lines and finding the plentiful runners ahead of them in Lampard’s bold attacking system.

They are also crucial to have on the pitch when confronted with a team encamped in their own half and aiming to frustrate with  two low defensive units. It is vital to keep the ball moving and probe in whichever channels can be opened up in these circumstances.

Chelsea encountered this very scenario against Newcastle at home recently. Kovacic replaced the injured Ross Barkley just before the break and was so important in dictating Chelsea’s patient build-up play as they eventually found a crucial gap in the Newcastle lines.

There will likely be plenty more of these frustrating games in which Lampard will need his midfield engine room operators to remain calm and make the right passes at the right time for his side.

With so many talented youngsters getting their chance in the wake of the current transfer ban, having two, previously unheralded but blatantly talented midfielders on the books can only be a plus for the new  manager as he continues to thrive in the Chelsea dugout. Both player’s continued good form will be crucial as the Blues look to build on their strong, impressive start to the campaign.

Read Also: Five of Frank Lampard’s most memorable moments as a Chelsea player