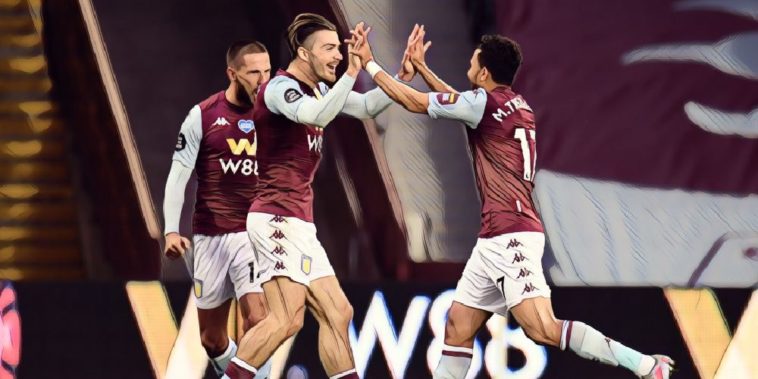 Aston Villa secured a vital 1-0 win over FA Cup finalists Arsenal, a result which hands them a huge lifeline in their battle against the drop.

The Villains came into the game having seen relegation rivals Watford hammered 4-0 by Man City earlier in the day, meaning a win would move them outside of the relegation zone. However, they came into the game with just one win in the last 13 games in all competitions, keeping just two clean sheets in that time.

While Arsenal dominated the opening exchanges, Villa took the lead as the Gunners failed to deal with a Conor Hourihane corner. Tyrone Mings’ near post flick-on dropping to an unmarked Trezeguet, who continued his timely run of goalscoring form by smashing a venomous volley beyond Emiliano Martinez in the 27th minute, his third goal in three games.

Having earned lavish praise for their astute defending in their FA Cup semi-final win over Man City at the weekend, Mikel Arteta stuck with a back three, though after some nervy passages of play at the back in the opening exchanges of the second half, the Spaniard brought off David Luiz to revert to a back four, a move which initially saw his side regain more control on the game,

However, they were unable to make the breakthrough against a side who have struggled with their own defensive issues, and with 15 minutes to play, Aston Villa should arguably have doubled their lead. Jack Grealish led a quick breakaway down the left flank before the Villa captain played in Keinan Davies, though the second-half substitute fluffed his lines to drag the ball wide of the right-hand upright.

Arsenal’s Eddie Nketiah saw a header come back off the post, while John McGinn hit a thunderous strike straight towards Arsenal ‘keeper Martinez as both sides went in search of a goal though Villa hung on to secure a vital three points.

“It feels unbelievable. I thought it was deserved – we were outstanding today,” Grealish told Sky Sports.

“I reckon we could have got another goal but we’ll take a 1-0 win all day against a great team like Arsenal.

“It has been a tense day but all we can do is focus on ourselves. It’s in our hands now and it’s up to us what we do on the last day. We have a massive game on Sunday at West Ham.

“It feels massive [to be out of the relegation zone].

“We’ve conceded quite a few late goals this season but we trust in ourselves and we have trust in the management staff. It would mean everything to keep Villa up.”

Grealish has been linked with a move away from his boyhood club this summer, with both Manchester clubs said to be interested, and he was asked whether he had played his last game for the club at Villa Park: “I’m not too sure at the moment,” he admitted. “I have one aim and that’s to keep Villa in the Premier League. That’s all I’m thinking about at the moment.”

The result leaves Arsenal in 10th, the Gunners now set for their worst season since 1994/95, with eighth the highest they can finish. Meanwhile, Villa leapfrogged Watford into 17th following the Hornets loss to Man City, climbing outside the bottom three by virtue of goal difference with one game to go.