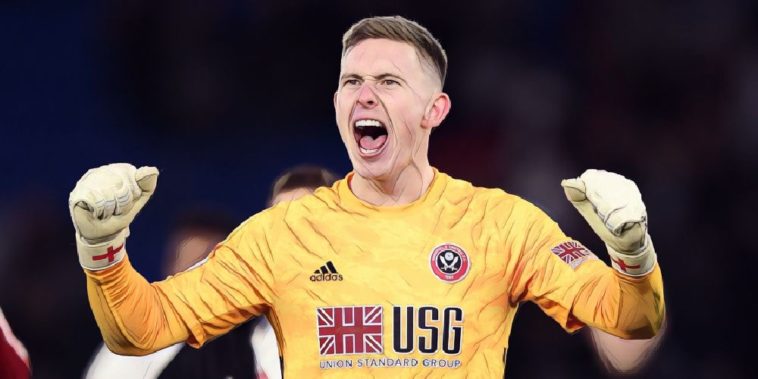 The 22-year-old has been on loan at Bramall Lane since 2018, helping the Blades secure promotion from the Championship, before getting his first taste of top-flight football this time around.

His impressive displays between the sticks for Chris Wilder’s side have seen suggestions that he could challenge David de Gea upon his return to Manchester United in the summer, something that he is hoping that happens ‘in the near future’.

“Plenty of people walk around and say ‘I play for Man United’ and have never kicked a ball in the first team before. I am not one of those people,” Henderson said on Football Focus.

“I always feel like I’ve got a point to prove and one day that is my aim, to play for Man United.

“When the day comes it will be even sweeter because it has been such a tough journey for myself.

“Only people around me know it has been hard at times. Hopefully, fingers crossed, in the near future it will happen.”

Meanwhile, in another interview ahead of Sheffield United‘s game against Bournemouth on Sunday, Henderson revealed he is hoping to become the Red Devils first choice keeper for the long-term.

“The big dream is to play for Manchester United one day,” he told the Kelly and Wrighty show, via Goal.

“I’ve always had that dream throughout my life so until that’s accomplished I’ll never think I’ve made it.

Read also – Andrei Kanchelskis: The Soviet secret weapon who took everyone by surprise