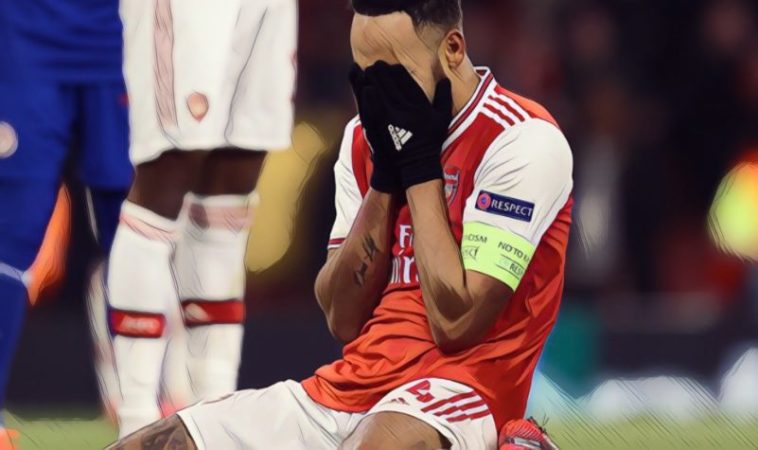 Arsenal crashed out of the Europa League knockout stages at the first hurdle, Olympiakos going through to the last 16 on away goals following a 2-1 win at the Emirates.

The Gunners came into the tie as overwhelming favourites to progress to the next round, the north London side having earned a 1-0 win in Greece last week.

However, Mikel Arteta’s side put in a disjointed display at the Emirates, with Papa Cisse’s unanswered second half strike taking the game to extra time.

In form Pierre-Emerick Aubameyang would restore Arsenal’s aggregate lead in the 113th minute of the game with an impressive overhead kick, though in typically Arsenal fashion, they would conceded with just a minute of added time to play, Youssef El Arabi capitalising on some defensive uncertainty to send the Greeks through to the last 16, with Aubameyang missing a last minute sitter from less than six yards.

113’ – Aubameyang scores with an incredible bicycle kick to put Arsenal ahead on aggregate
119’ – Olympiakos score the decisive away goal
120+3’ – Aubameyang misses a sitter pic.twitter.com/eQBou7ZEzK

Speaking afterwards, manager Mikel Arteta admitted that his side struggled to break down their well drilled opponents.

“It hurts a lot. We had a lot of intentions in this competition. It was very important for us. Emotionally it has been a very difficult game,” Arteta told BT Sport.

“We tried and tried and tried, we threw everything at them. They defended very deep. We managed to score though and we were through but then we conceded a late corner and it was another set piece.

“To attack against 10 players is a very difficult thing. I felt we created enough chances to win the game comfortably. It didn’t happen but we had to manage the game much better in the final five minutes.”

The Spaniard did however deny his side were too complacent going into the game: “I don’t think so. The players knew it would be a difficult game. It is cruel. It is a massive disappointment but at the same time I am very proud of the players.

“It would have been an incredible lift if we had managed to go through the tie. The players have my backing for the way they played but it is painful.”