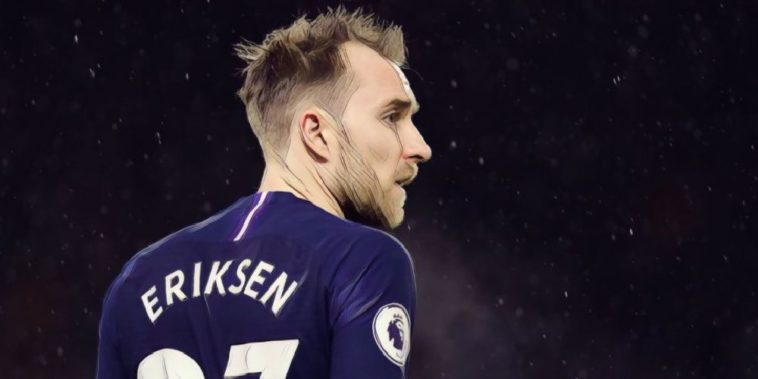 Inter Milan chief Giuseppe Marotta says the club have had ‘no contact with Tottenham’ over a deal to sign wantaway midfielder Christian Eriksen.

The Danish international has entered the final months of his contract at the club and has shown no willingness to extend his stay, Eriksen believed to have informed Spurs of his desire to take on a new challenge after six-and-a-half years in North London.

Eriksen is now free to negotiate with foreign sides regarding a pre-contract agreement that will see him join on a free transfer next summer, with Real Madrid and Juventus having been reported to be amongst his admirers, whilst Manchester United have also been linked with tempting the 27-year-old to remain in the Premier League.

However, reports this week emerged that Inter Milan were prepared to sign the player for a cut-price fee this January in a bid to beat off competition from across Europe, though despite describing the playmaker as an ‘excellent player’, Marotta says the Serie A leaders are yet to open negotiations with Spurs regarding a potential deal.

“Often important players are offered to us. Eriksen is an excellent player whose contract expires in June and we have had no contact with Tottenham,” Marotta told Sky Sports.

“I still believe that there are many teams interested in him and we have not started any kind of negotiations.

“I simply say that he is an important and interesting player. We are looking for a midfielder and an outsider, we are having several contacts with companies and agents to try to improve this position.”