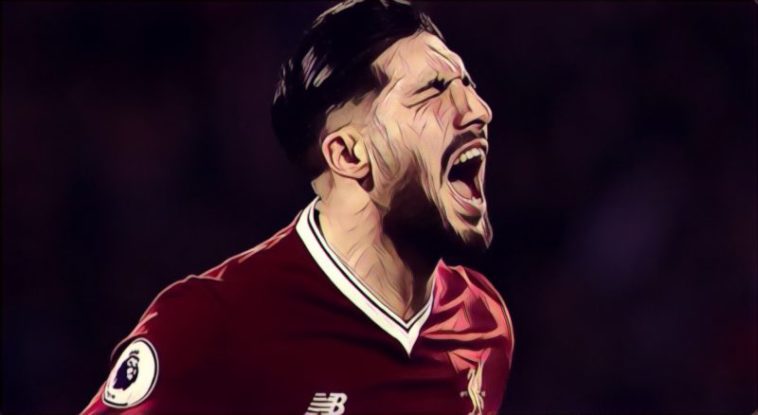 Liverpool overcame the Terriers in a dominant display at the John Smith’s Stadium and are back on track after back-to-back defeats. Here’s five things we learned.

David Wagner opted to make a tactical switch for the visit of Liverpool. His usual formation of 4-2-3-1 was scrapped for a 5-3-2. This is the same formation that Wagner used in the 5-0 loss to Arsenal.

Obviously fearing the attack of Liverpool, Wagner set his team up very defensively. It was a regular occurrence to see most of the outfield players camped in or around their own box. David Wagner is either surprisingly stubborn in his approach or they learnt nothing from the thrashing dealt out by Arsenal.

What was more of a surprise though was that even with Liverpool completely dominating the game, Wagner still chose to stick with the same formation and tactics. The result was that for the vast majority of the match Liverpool dominated the game on their own terms.

David Wagner has earnt a reputation in his short managerial career of having an identity to his team. In the past few months though that has been lost. For Huddersfield to get out of their slump they need to find a new identity, now that their 4-2-3-1 has been found out

Return of the Skipper

Jordan Henderson made his long-awaited return to the starting line-up in the match. Despite Henderson having more than his fair share of critics he had been gradually improving at Liverpool since he became captain. However, ever since his injury problems at the end of last season, he has struggled to perform.

So far this has probably been his worst season as Liverpool captain. With Naby Keita’s arrival on the horizon and Lallana nearing fitness, it is looking increasingly likely that Liverpool will further bolster their midfield in the summer by acquiring a new defensive midfielder.

The arrival of new midfielders should make Henderson sweat for his position in the team. The captaincy should not give him an automatic starting role – especially with his performances far from great.

Thankfully for Henderson though, everything went to plan against Huddersfield. Henderson helped to dominate the midfield area and his presence immediately showed what Liverpool had been lacking in the last two games (defeats to West Brom and Swansea).

The midfield performances against West Brom and Swansea were woeful, and did nothing to help the attack. However, against Huddersfield Henderson was able to control the game excellently by initiating quick passing football, and slowing the game down on occasion to manage the game. Henderson needs to continue in this vein if he is to retain his starting spot.

Following this result, it is now seven matches since the Terriers won a Premier League match. Their last win was an impressive 4-1 victory over Watford in December. The bigger problem though is that Huddersfield have just ended a run of fairly winnable games with very little to show for it.

The Terriers now have the prospect of going to Old Trafford, where a double over Manchester United looks highly unlikely. Not only that, but an extra fixture with the FA Cup replay against Birmingham could cause problems.

Huddersfield have a run of potentially season defining matches coming up soon. They face fellow strugglers West Brom, Swansea, Crystal Palace, Newcastle and Brighton as well as other bottom half teams.

The Terriers’ season was never going to be defined on games against the likes of Liverpool, but their performance was lacklustre to say the least. Wagner needs to desperately inject some confidence in to his squad to avoid relegation.

Reds Back on Track

Liverpool were coming off the back of a four-game winning streak in the Premier League, which culminated in their win over Manchester City before their loss to Swansea. That was then compounded by being knocked out of the FA Cup at home to West Brom.

It was back to business for Liverpool against Huddersfield though. The Reds showed just why they had an 18-match unbeaten return before the Swansea loss. Liverpool rarely showed Huddersfield a chance of getting anything from the match with a comprehensive dominant display.

It was just the win that Liverpool needed with a key match against top-four rivals Spurs coming up next, and the Champions League games coming soon. Klopp managed to invigorate his team after back-to-back losses and impressively has gotten the team right back on track, which is something they have struggled with in the past.

Both teams came in to this game with much criticism from fans and the media that they need to bolster their squads this January to achieve their aims.

For Huddersfield that meant getting in the right players that would help them to Premier League survival. Things looked to be going well with Kongolo signed to improve the leaky defence, and Pritchard being the club record signing. However, Kongolo has not impressed much as of yet, although it is early days and the club’s record signing has struggled for game time.

If this match was anything to go by Huddersfield are still in need of some more additions. A pacy striker wouldn’t go amiss.

Meanwhile, Liverpool face the wrath of their fans demanding a Coutinho replacement to ensure Champions League qualification. However, things look very quiet on that front and fans may be concerned that proven goal scorer Daniel Sturridge was allowed to leave with no replacement in sight.

This game hasn’t taught us much about Liverpool’s squad requirements for the rest of the season, but it is clear that Liverpool are a couple of injuries away from an injury crisis. Another attacker would go a long way to easing those fears.