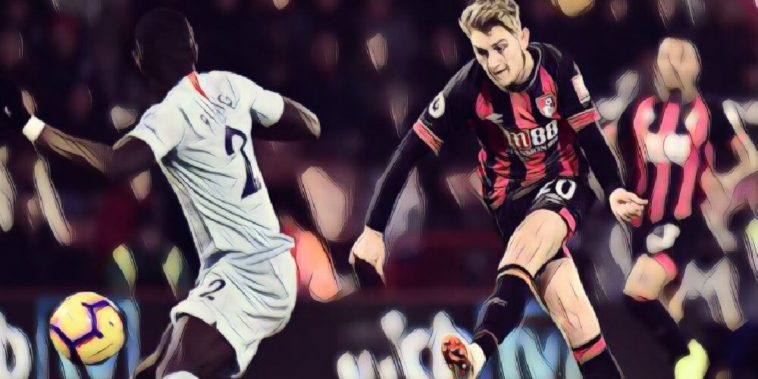 It was reigning goals on the South Coast this evening as Bournemouth hammered Chelsea 4-0, and Eddie Howe singled out youngster David Brooks for special praise.

As has often been the case this season, Chelsea dominated possession of the ball, but were once again unable to find the back of the net, with tonights game the fifth time they have drawn a blank in their last 11 outings.

While the scores were 0-0 at half-time, a second-half brace from Josh King as well as goals from David Brooks and Charlie Daniels condemned the Blues to their heaviest league defeat since 1996.

Speaking after the game, Bournemouth boss Eddie Howe thought that it was one of the best results he has had as a manager.

“That has got to be up there [as one of my best results]. It was a big night for us, and it is great to do it here in front of our own fans,” Howe told BBC’s Match of the Day.

During the game, Bournemouth youngster David Brooks man marked Jorginho as they looked to stop Chelsea playing, and Howe was full of praise that the former Sheffield United midfielder:

“It was something we looked at and planned and David did a brilliant job beyond his years with his diligence, and then he showed his class at the other end as well, so I’m pleased for him,” he added.

“We have always been known for our attacking play but our defensive play needed looking at. We had long periods without the ball so full credit to all of our players. Artur Boruc was superb and his save very early in the match was world class.

“It is a good place to be but we have high standards and high expectations. The wins are the most important things and we are very pleased with how our season is shaping up.”

The result sees Chelsea slide out of the top four by virtue of goal difference, while Bournemouth climb to 10th.