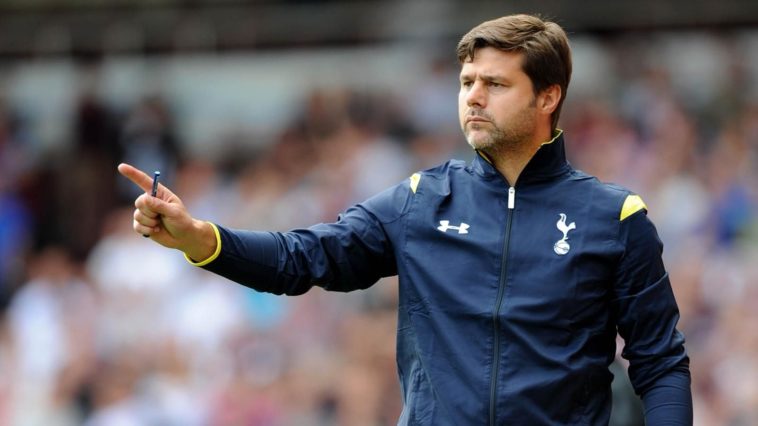 Since joining Spurs in the summer of 2014, Mauricio Pochettino has not only transformed the team into a competitive title chasing force, but also changed the mentality of the players and the fans towards the biggest games.

Before the arrival of Pochettino, Spurs fans were guilty of predicting many false dawns in terms of overhyping our team. This wasn’t helped by certain managerial decisions in big games such as Tim Sherwood coming up with a new position for Kyle Walker at Chelsea away in 2013, where he fielded the England fullback at right midfield. AVB, Redknapp and Sherwood always had a good crop of players, however when it came to the real fight against the teams around us, we failed to deliver too often.

The media continue to use this fact as a reason why Spurs won’t win the title, which is a total myth. If Spurs do not come top of the league this season, it will be due to the 13 game winning streak that Chelsea went on, which is unheard of in the Premier League. In the games that Spurs fans see as big games like Chelsea, Arsenal, Liverpool and the two Manchester clubs (not West Ham), we have significantly improved our performance.

Pochettino has never lost a London derby at home, winning 9 out of 13 matches. Neithet has he lost a league game to Arsenal either, which has become a great feature of our game. To turn up at the Emirates with the Arsenal fans expecting a 3-0 stuffing and coming out with 3 draws in 3 visits, arguably deserving more in all three. We have also had famous victories against United, City and Chelsea in this period.

This season has been another encouraging season against the top sides. Spurs are currently third in the top six head to head table with 9 points, only behind Chelsea on goal difference. This tally is only going to get bigger it would seem, as United and Arsenal still have to go and visit the fortress that is the Lane. This dispells the annoying myth that many pundits continue to bring up in post match analysis of Tottenham’s credentials as top four and title contenders.

What has Pochettino changed?

In terms of how Pochettino has changed this form around against the top sides I would point to two games that epitomise this. The first is Chelsea at home. Before the game, Chelsea had been on an impressive 13 game straight winning streak and were seeking the record victory at White Hart Lane. However, there was a certain confidence amongst fans that we wouldn’t get beat that day, because we know how crafty Pochettino can be in these crunch encounters. It proved that the defensive unit that Pochettino has assembled gave the basis for this win. In previous seasons, with Kaboul and Chiriches at the back, we would have been cut open, much like the thrashings we received in the 2013/14 season.

Furthermore, we now have a manager in charge who is totally aware that we have to adapt ourselves to combat the top sides, as was shown by both of Alli’s goals that night, two carbon copy crosses over the top of Moses’ head and into the back of the net. Nobody else had ever thought of that tactic, and Pochettino has shown the league a new way to target the table toppers.

Saturday night was another prime example of how Pochettino has made Spurs a force and a far cry from our reputation of a ‘soft touch’. Guardiola was extremely clever in his set up and Spurs were outclassed particularly in the first half. Just after half time we suffered two very sloppy Lloris mistakes and somehow found ourselves down in the game. In the away end, our mentality has also changed totally. In seasons previous we might have stood there thinking we could be on the end of a hiding, and there is absolutely no doubt that on Saturday past Spurs teams would have crumbled to an embarrassing defeat. Instead as fans we all knew that if we could get one back, the second one would come, and thats how it panned out and we showed a lot of battle and desire to hold on to a majorly important away point.

Whilst I would never say Spurs are guaranteed a top four place this season, if they can keep their big game performances as high quality as in recent months, they will be able to accumulate enough points to get into that all important top four.