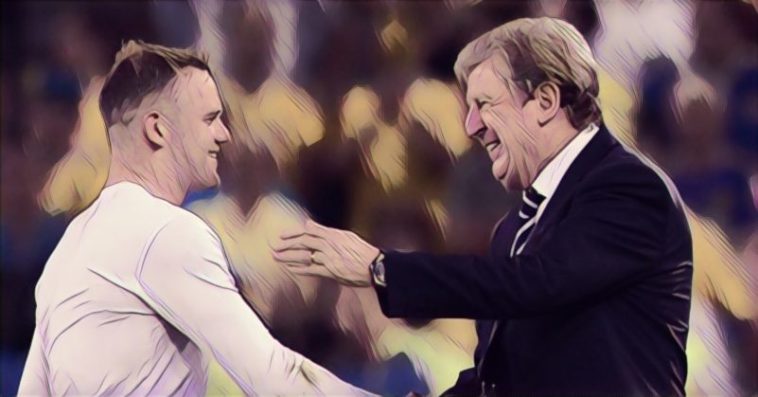 Crystal Palace boss Roy Hodgson has revealed that he would have loved to have brought Wayne Rooney to Selhurst Park.

Rooney re-joined his boyhood club Everton last summer after a trophy-laden 13 year spell with Manchester United. However, the Toffees board decided the 32-year-old was surplus to requirements at the end of last season and he moved Stateside to join MLS outfit DC United.

Former England captain and the Three Lions all-time leading goal scorer Rooney has been in inspired form since moving to America, scoring 10 goals and providing seven assists in just 18 appearances, helping steer his side from the bottom of the Eastern Conference and into the playoff positions.

Hodgson worked with Rooney during his time as England boss and he has admitted that he is delighted to see his former player thriving in the US and even hinted that Crystal Palace would have made a move for him had he not decided to leave the UK.

“I would have loved him here at Palace, but he thought long and hard about his decision, and without a shadow of doubt would have talked it over with his family,” Hodgson told the press ahead of his sides trip to Goodison Park to face Everton today.

“I am delighted to see what success he is having. I guess he is doing what DC United were really hoping for when they signed him.

“They just didn’t want a figurehead but also a player who can win them matches, and he has done that.

“He is doing fantastically well. At DC they were well down in the league when he got there, although they hadn’t played too many games, but since he’s arrived he has been fantastic, not just scoring goals, but decisive goals, like the one we saw in midweek.”