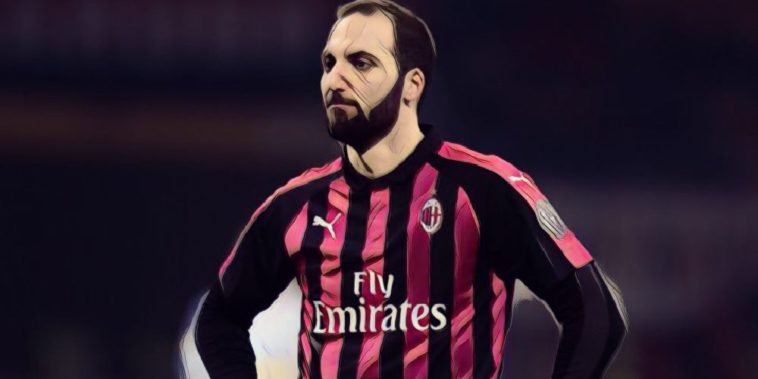 The Juventus striker was expected to join Chelsea on loan last week, but no deal materialised.

The Blues’ attempts to mend their woes in front of goal have been held up as the London club continue in their efforts to bring Gonzalo Higuain in on loan.

The anxiety over the need for a striker grows for Chelsea having offloaded Alvaro Morata to Atletico Madrid, leaving them with Olivier Giroud as their only out-and-out striker.

The 31-year-old is seen as the ideal solution for manager Maurizio Sarri, who worked with each other at Serie A outfit Napoli, where the Argentine scored 36 goals in the 2015/16 season.

Higuain is currently on loan from Juventus at AC Milan, where he has been dropped from the playing squad amid rumours of a move to Stamford Bridge.

The deal however, appears to be in limbo, especially if Milan’s assistant manager is to be believed:

“As for the transfer market we are all grown-ups, we know how to deal with these situations,” Luigi Riccio told Gazzetta.

“It has been in the air for a few days. But we will work with the players at our disposal.”