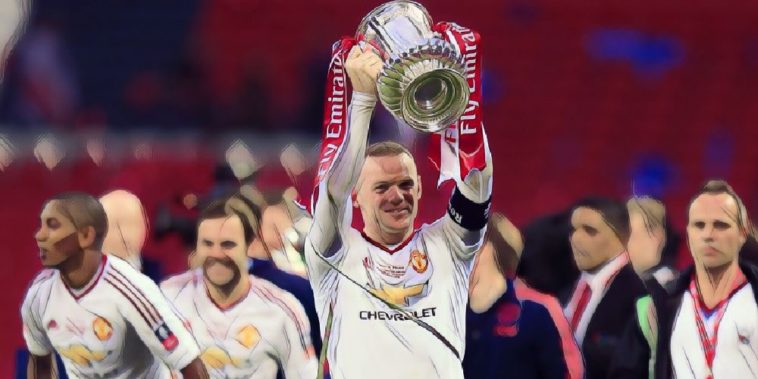 One of the most eagerly anticipated weekends on the football calendar has arrived in early January, as we prepare for the FA Cup third round and the introduction of Premier League and Championship sides to world football’s oldest national competition.

The third round pits together the country’s leading clubs against opposition from the lower ties, with David and Goliath encounters and the prospect of memorable giant-killings.

As we prepare for what is expected to be an enthralling weekend of knock-out action, we’ve decided to look back at some of the best players to make an impression in cup competition.

Here are the six highest goalscorers in FA Cup history…

The Manchester City marksman has made a huge impression on English football since his arrival at the Etihad in 2011, becoming the greatest goalscorer in the club’s history and one of the most prolific forwards the Premier League has seen.

Aguero’s fine record in front of goal has continued in cup competition, the 31-year-old having scored 18 times in the FA Cup to date, winning the honour for the first time as part of a domestic treble last season.

The archetypal penalty box poacher, Defoe would score regularly during a lengthy career in English football that saw him star for the likes of West Ham, Tottenham, Portsmouth and Sunderland.

Despite never lifting the trophy, Defoe would twice finish as the FA Cup’s top scorer in a single season, firstly during his stint at Upton Park in 2001/02 before repeating the feat as a Spurs player three seasons later.

Currently playing out the twilight years of his career at Scottish side Rangers, Defoe’s record in the FA Cup stands at 19 goals, his impressive tally coming in just 37 appearances.

Having made his impression as the greatest goalscorer in the history of both Manchester United and England, Rooney would also shine in the FA Cup, scoring 22 goals and winning the trophy for the first time in 2016 after twice losing previous finals.

The 34-year-old’s hopes of adding to his haul were thought to be over after a switch to MLS side DC United in 2018, but after returning to English football with Derby County could now climb these rankings further, starting with the Rams’ third-round tie at Crystal Palace this weekend.

Frank Lampard’s goal record is quite simply, remarkable, made even more impressive by the fact the Chelsea legend played in midfield. Only three players have ever scored more Premier League goals than the former England international, whilst only two have outscored him in the FA Cup.

Throughout his illustrious career at Stamford Bridge Lampard would lift the trophy on four occasions, scoring in the final victory over Everton at Wembley in 2009.

That goal would be part of a tally of 26 FA Cup goals over 15 seasons, Lampard now aiming to become the 18th man to win the trophy as both a player and manager having been appointed as Chelsea boss this season.

Liverpool legend Rush enjoyed some of the best moments of his career in the FA Cup, winning the trophy three times and scoring in each final success during a dominant era for the Merseyside club.

The Welshman would score twice to down Merseyside rivals Everton in the 1986 final, before repeating the feat three years later against the same opposition in an emotional final occasion just five weeks after the Hillsborough disaster.

Rush would score in a FA Cup final for the third time against Sunderland in 1992, part of a tally of 35 goals the forward would register during a career that saw him become Liverpool’s all-time record goalscorer.

The long standing record as the most prolific goalscorer in FA Cup history belongs to Notts County forward Harry Cursham, the former England international scoring 49 goals in just 44 appearances for the club during the late 1800’s.

His record includes a six-goal haul in an 11-1 win against Wednesday Strollers in 1881, the talented sportsman – who also represented Nottinghamshire at cricket – scoring prolifically across 12 FA Cup seasons.