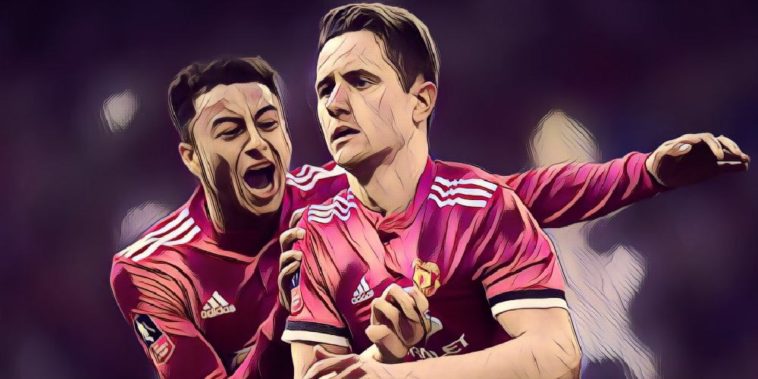 Ander Herrera has revealed how Ole Gunnar Solskjaer has gotten the best of the Manchester United squad.

The caretaker manager has won all eight of his matches in charge so far, guiding the club to within three points of the Top Four and into the fifth round of the FA Cup.

Their latest win was an impressive 3-1 rout over rivals Arsenal, with Alexis Sanchez, Jesse Lingard and Anthony Martial scoring the goals for Manchester United.

A season that seemed to be beyond repair for the Red Devils is now looking somewhat promising, with the chance for Champions League qualification, cup glory, and a run in Europe all distinctly possible now.

The Spanish midfielder revealed that the results have come from Solskjaer getting the United players to “enjoy” playing football again:

“We are playing with no limits, yes – it’s exactly what Ollie brought to the team since the first day,” Herrera told the press after last Friday’s FA Cup win over Arsenal.

“We enjoy scoring goals and we enjoy defending together. You can see that when we are playing free with a smile and everyone is playing for each other then the results will come easier.

“We are doing great. It’s always beautiful to win. That’s why we play.

“Ollie has said we want to be a team that controls the game but sometimes that’s impossible.

“Sometimes we have to defend, but when we defend we know anything can happen because we have so many quick, attacking, offensive players.

“Now I am allowed to go into the box soon after I defend. Even Nemanja Matic is allowed to shoot.

“Attacking players can feel free. As long as everyone defends when we lose the ball. And I think that is what we have now.

“Everyone is allowed to go and attack. So when we are playing everything is possible because even in the tough moments when we are defending, we have the feeling that we can hurt the opponent because we are allowed to attack.