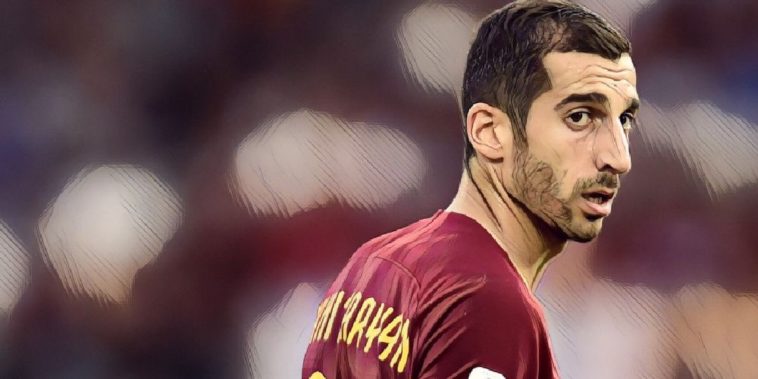 Henrikh Mkhitaryan has discussed playing under Unai Emery at Arsenal and explained why he is ‘feeling much better’ during his season-long loan spell at Roma.

The Armenian international struggled to make an impression at the Emirates under Emery and was deemed surplus to requirements last summer, heading to the Italian capital on loan where he has impressed despite a frustrating period with injury.

The 31-year-old has scored six goals and provided a further three assists in just 13 Serie A appearances, and Mkhitaryan has revealed that attacking philosophy of Roma boss Paulo Fonseca has helped him rediscover his best form after a disappointing period in the Premier League.

“The philosophy of Emery was different from Fonseca, but here I’m feeling much better because we’re playing better football and I think it matched me.

“I prefer Fonseca’s football because we’re playing very offensively, we’re trying to have the ball all the time here and of course I like this kind of game.”

Despite his happiness with life in Italian football and Roma’s desire for a permanent deal, Mkhitaryan refused to rule out the possibility of a return to Arsenal at the end of the season and admits his future remains uncertain amid the current suspension of football.

“I can’t say anything at the moment because the season is stopped, we don’t know when we’ll start playing again and what will happen in the summer,” he said.

“Football changes so quickly. One day you’re here, the other you’re there. You never know what can happen and what will happen with you.”

The former Manchester United midfielder is currently in isolation in the Italian capital amid the ongoing Coronavirus pandemic that is sweeping Europe, and the admitted he is still in contact with people at Arsenal following Mikel Arteta’s positive test for Covid-19.

“It was very sad to hear about it,” he said. “Hopefully these people can be strong and get out of this situation. It’s not only Arteta, but other players all round the world. Not only in football, but in basketball and other sports some people have got infected.

“I just wish them a speedy recovery and to stay strong, because they can be an example to everyone of how they can fight against it.”