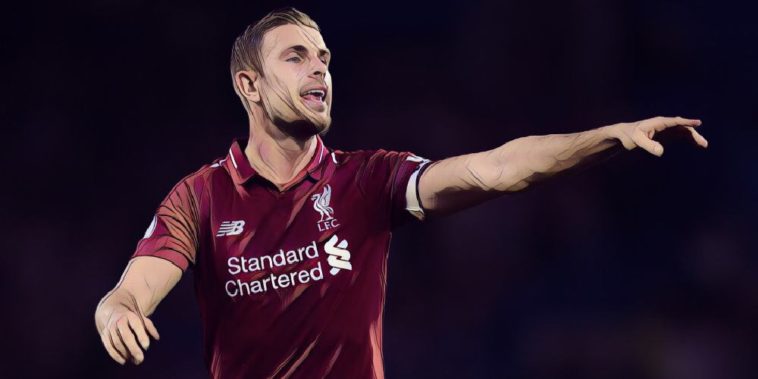 Jordan Henderson admitted that Liverpool need to rediscover their clinical nature in front of goal after being held to a 0-0 draw against Everton in the Merseyside derby.

Liverpool end this weekend sitting in second place in the table after this afternoon’s goalless draw at Goodison Park, having drawn four of their last six Premier League games, and have failed to score in three of their last four games in all competitions.

The Reds looked disappointing up front against Manchester United last weekend, and it was much a similar story at Goodison Park this afternoon, with Mohamed Salah, in particular, squandering a number of chances to score.

Speaking after the game, Liverpool captain Jordan Henderson called upon his side to be more clinical in front of goal.

“Obviously we are disappointed because we wanted to come here and get three points,” Henderson told Sky Sports.

“But we knew it would be tough and frantic. I felt we created enough chances to win. We defended well but of course we are disappointed because want to win every game. We just need to be a bit more clinical.”

However, the England international put some perspective on the Reds recent results, highlighting that they have faced tricky away games against two of their biggest rivals within their last three league games.

“I felt we created a number of chances. We defend really well as a team,” Henderson added.

“Manchester United away and Everton away are tough games, you are not going to win 3-0, 4-0 or 5-0 every week.

“We have to take the positives and keep going. We are still in the race.

“We want to win away at Manchester United and Everton, but we’ve got a point at both games. There is a lot of football to be played, a long way to go. I have got a lot of belief in this team.”