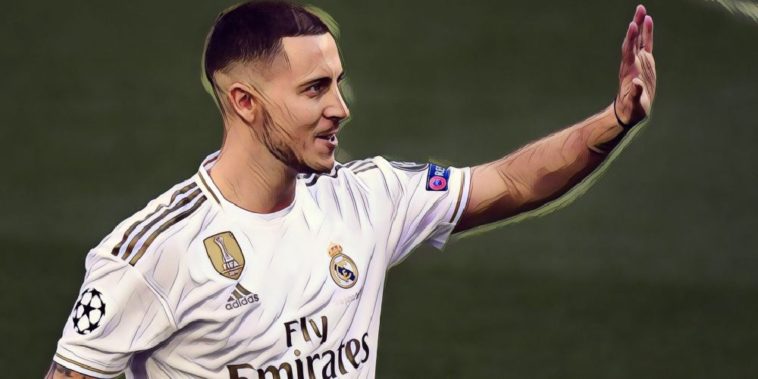 Eden Hazard has revealed he made the decision to leave Chelsea and join Real Madrid after the 2018 World Cup.

The Belgian international fulfilled a boyhood ambition by moving to the Bernabeu last summer, bringing an end to a successful seven season stay at Stamford Bridge that delivered two league titles amongst a host of major honours.

Despite enjoying hero status at Chelsea after scoring over 100 goals for the club, Hazard made no secret of his desire to one day represent Real Madrid, the club he had supported since childhood.

The 28-year-old would finally get his wish during the summer after finalising a switch that would cost the La Liga side in excess of £100m, though says he had made his mind up to move to the Spanish capital a year prior to the transfer eventually being completed.

“I’d already made my mind up after the World Cup and I said to myself: ‘I have to join Real Madrid now’,” Hazard told Real Madrid TV.

“That wasn’t possible and I spent another year at Chelsea and that made my departure easier. The club understood it and allowed me to leave.

“My dream was always to play for Real Madrid, the greatest team in the world, and so far I’m happy.

“Courtois always told me that this was the best club.

“I also spoke to [Luka] Modric and got the impression that they all wanted to see me at Real Madrid and it finally happened.”

See Also: Why Chelsea’s midfield duo are so important for Frank Lampard’s chances of success