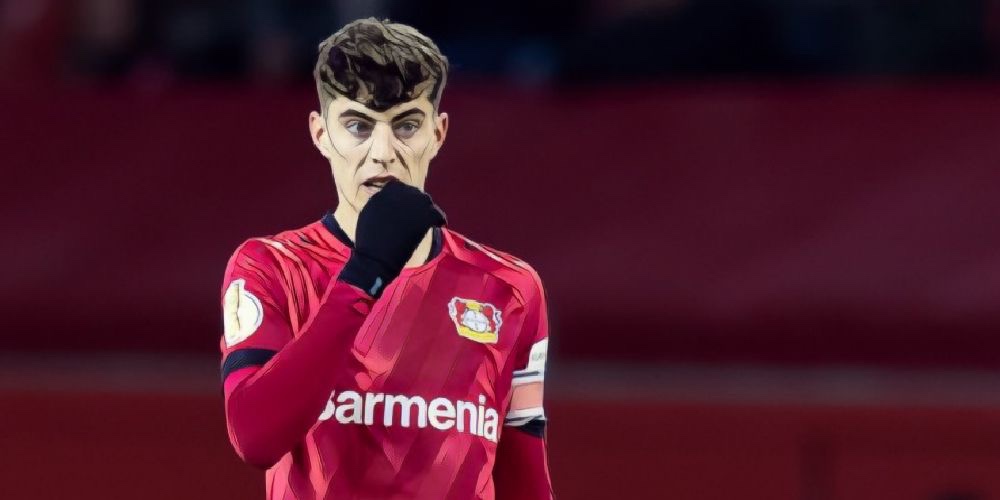 Kai Havertz would reportedly consider a move to a club who have not qualified for the Champions League as the midfielder prepares to leave Bayer Leverkusen this summer.

The Germany international is expected to leave Leverkusen this summer following another hugely impressive campaign in the Bundesliga, with a host of European football’s leading clubs – including Bayern Munich, Real Madrid and Manchester United – believed to be monitoring the 21-year-old.

Chelsea have also emerged as strong contenders for his signature with the west London side prepared to invest heavily this summer to return to the elite, though the club’s uncertain place in next season’s Champions League had threatened a potential deal.

Frank Lampard’s side currently sit third in the Premier League with two games of the season remaining, four points clear of Leicester and Manchester United having played a game more and facing a difficult run-in with clashes against both newly-crowned champions Liverpool and Wolves.

According to the BBC, however, Havertz will consider a move to a side outside of Europe’s elite next season and considers the long-term aspirations of his potential suitors as vitally important to his next move.

Those reports are in contrast to information from German publication Bild, who reported that Champions League qualification is essential to any club’s hopes of luring Havertz to Stamford Bridge, the highly-rated youngster keen to play in next season’s competition following Leverkusen’s failure to qualify.

Leverkusen are believed to value the midfielder in excess of £70m and it will take a huge bid to prize Havertz away from the BayArena, though there is an acceptance the star will be allowed to move on should the club receive a suitable offer.

Havertz scored 17 goals in 43 appearances for Leverkusen in all competitions this season and has two years remaining on his current contract with the Bundesliga side.