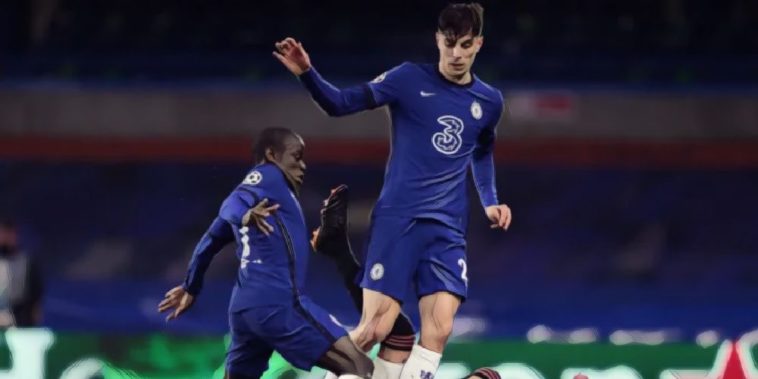 Champions League final hero Kai Havertz has revealed he is not looking forward to facing Chelsea teammate N’Golo Kante at the upcoming European Championships, while he also dished out praise for ‘warrior’ Antonio Rudiger.

After an at times frustrating first campaign in English football, the Blues club-record signing proved his worth in last month’s showpiece, netting what proved to be a first-half winner against Premier League winners Manchester City.

That European success capped a fine end to the season for Thomas Tuchel’s men, the former Borussia Dortmund boss having also led the club to a top-four finish, despite having been ninth when he took over from Frank Lampard in January.

With the season now at an end, many of Chelsea‘s stars are now preparing for this summer’s European Championship’s, with Havertz’s Germany side set to face the likes of France and Portugal in a real ‘Group of Death’.

Ahead of the tournament, the 21-year-old has admitted he is not looking forward to facing Les Bleus in the opening game, due to the presence of club teammate and Champions League final man of the match, N’Golo Kante.

“When you see him, you have to smile. He is a great personality, a great person, and a great football player,” Havertz said at a press conference on Friday.

“As an attacking player, I’m always happy when he is on the pitch. You can make a lot of mistakes because he always wins the ball back. He’s fast, agile and always gets his leg in.

“That’s why it’s not so nice to have to play against him in the first match of the European Championship, of course.”

The former Bayer Leverkusen star was also full of praise for Chelsea and Germany colleague Antonio Rudiger, the 28-year-old having been in superb form at the back end of the season after being restored to the side under compatriot Tuchel.

“He has given us so much stability over the last few months,” Havertz added. “After Tuchel’s arrival, he played outstandingly.

“As a mentality player, he’s also important. On the pitch, he’s a warrior. A bit like Kante – you want him in your team.

“Playing against him in training isn’t as much fun either. The last few months have been top. It was very hard for him at first and now he’s fought his way out of it.”