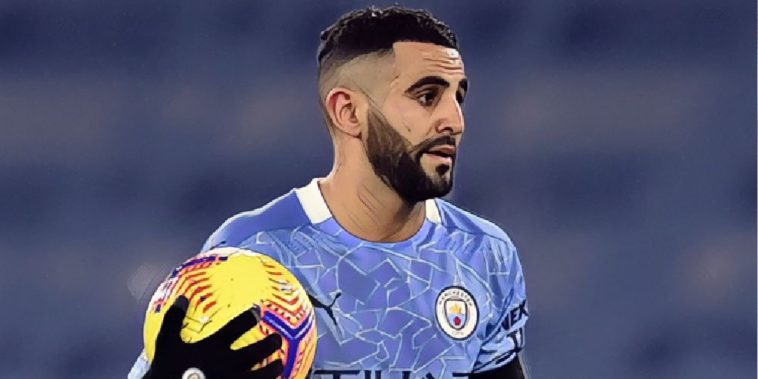 Riyad Mahrez says Manchester City’s 5-0 hammering of Burnley will help ‘get the confidence back’ at the club following an inconsistent start to the season.

Mahrez was the star of the show as Pep Guardiola’s side thrashed the visitors at the Etihad, scoring a sensational hat-trick as Man City ended their recent struggle for goals in spectacular fashion.

The Algerian international scored the first two goals of the game with a pair of clinical finishes in the first half, before Benjamin Mendy scored his first goal for the club to make it three after turning home Kevin De Buyne’s cross.

Mahrez sealed his first Premier League hat-trick in almost five years by heading in a fourth, with Ferran Torres completing the rout with his first league goal since moving to English football.

City had scored just 10 league goals in eight fixtures heading into the clash, though this was a return to their scintillating best and remarkably the fourth consecutive season that this fixture has ended 5-0 to the hosts.

Mahrez believes his side’s display will boost confidence as they look to put together a consistent run of results, City now six points behind current leaders Liverpool having played a game less.

“We are happy to score a lot of goals and create a lot of chance. We get three points and we keep going,” he told Match of the Day.

“When you play well and you don’t score in games you have a bit of frustration but we have to keep working. We did keep working in training and in games to get the confidence back.

“It’s always good to score goals so I am very happy but the most important thing was to win and create chances.

“Probably the last one [is my favourite goal] because I don’t score too many with my head.

“We have to take it game by game. We have a difficult game in Porto for the first place in the Champions League group so we will try to win as always.”

City, who have already secured their place in the knockout stages, next travel to face Porto in the Champions League on Tuesday night, before welcoming Premier League strugglers Fulham to the Etihad next weekend.

Read Also – Opinion: Is Pep Guardiola’s contract extension really something to be celebrated?