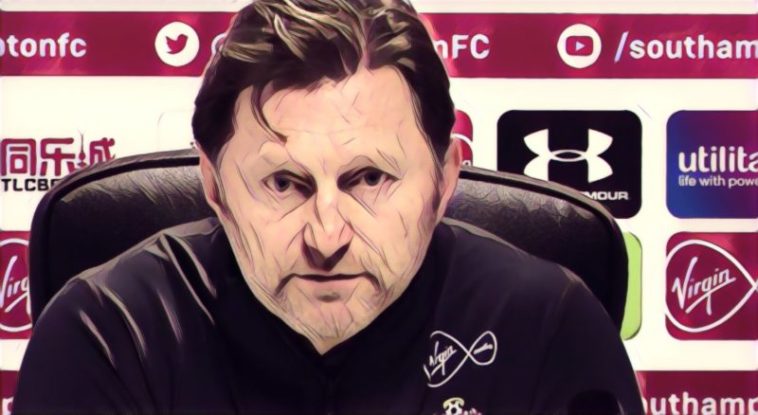 Ralph Hasenhuttl has declared that his Southampton team is not afraid as they prepare to face Arsenal at the Emirates Stadium this weekend.

The Saints beat Arsenal 3-2 at St Mary’s in mid-December to give Hasenhuttl his first win as Southampton boss. However, with only three wins in their 11 games since then, Southampton are still stranded in the Premier League‘s relegation zone.

Asked today if he feels Southampton can reach the 40-point target of ‘safety’, Hasenhuttl said his team are simply focused on the next game.

“I think we all know that 24 [points] is not enough. Every point we take is good. We are focusing on the next game,” said Hasenhuttl.

The German coach also insisted that Southampton have no fear of playing Arsenal or any of the ‘big teams’.

“I’m not afraid about the big teams. We showed against Chelsea and Arsenal that we can play good matches. Every game is difficult, but in the first game, we showed that we can bring this surprising result.

“We showed that we were defending very well which is key against these teams. We aren’t 100% sure what shape they will come in. It will be interesting, tactically.”

Southampton are currently 18th in the league, just one point behind Cardiff City and Newcastle United. Therefore, Hasenhuttl knows that every single point picked up between now and May could be pivotal in deciding the club’s fate at the end of the season.