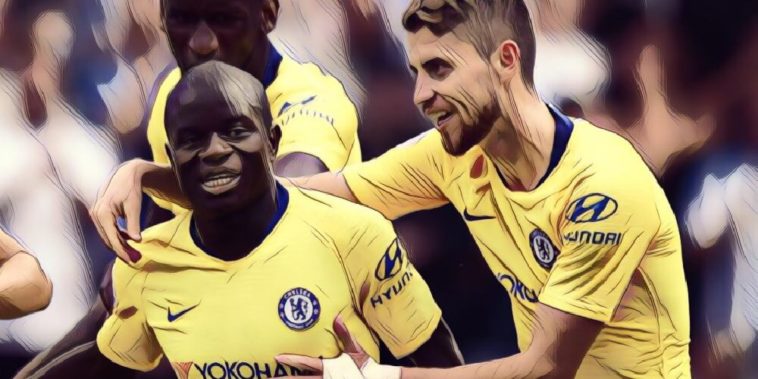 N’Golo Kante is widely regarded as one of the best defensive midfielders in the world, having steered both Leicester City and Chelsea to the Premier League title in his first two years in England, before adding FA Cup and World Cup winners medals to his collection in 2018.

However, Maurizio Sarri’s arrival at Stamford Bridge last summer saw the Italian bring his fellow countryman Jorginho with him from Naples, with the 27-year-old being instantly installed at the base of a midfield three in place of the World champion Kante.

While Jorginho initially had an impressive start to life in the English top flight, teams have started to figure out how to stop the Blues midfielder from dictating the play, which has subsequently seen them slide out of contention for the title and are now left battling just to finish in the top four.

“Personally, I think Sarri’s biggest mistake was to buy Jorginho when he already had N’Golo Kante. They are a little bit different as players but both of them are holding midfielders,” Gullit told the BBC.

“Kante is a World Cup winner and Jorginho is a player Sarri knows he can trust. He finds it difficult to choose between them, so he plays both.

“He should pick one of them, and maybe look to Ross Barkley, who I like for his power, or, when he is fit again, Ruben Loftus-Cheek.”