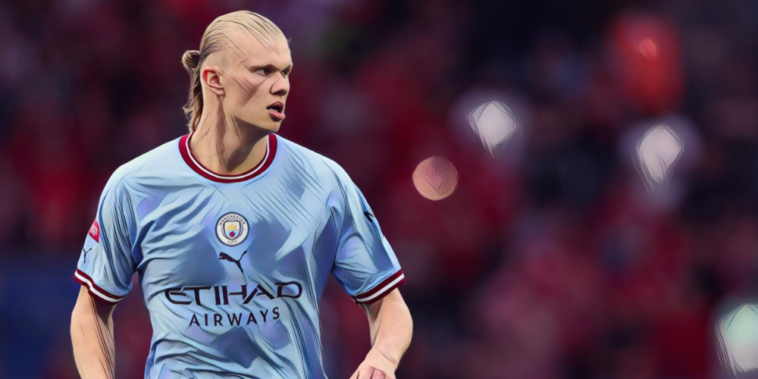 Pep Guardiola has warned that Erling Haaland still has a huge ‘margin to improve’ at Manchester City.

Haaland made an immediate impact on his Premier League debut with both goals in City’s 2-0 win at West Ham last weekend, with the forward up and running in English football after a match-winning brace.

The Norwegian’s performance has further raised the excitement levels surrounding his move to the Etihad, following his £51m arrival from Borussia Dortmund this summer.

The 22-year-old scored 115 goals in 116 games across spells with Red Bull Salzburg and Dortmund, but Guardiola believes there is much more to come from Haaland despite his brilliant debut at the London Stadium.

“In the process to score a goal I don’t like the striker just waiting for balls to come. If he [Erling Haaland] wants to drop he can do it,” Guardiola told his pre-match press conference ahead of City’s home clash with Bournemouth.

“Erling has a lot of margin to improve. I would not to make out he is done. He can be a better player and has the will to do it.

“He likes to play football. I never see a player, maybe Messi, who is a finished article. Always you can improve. We will try to make him a better player – all our players have a lot of margin to be better.

“That is the reason why we are here. To try to help them.”