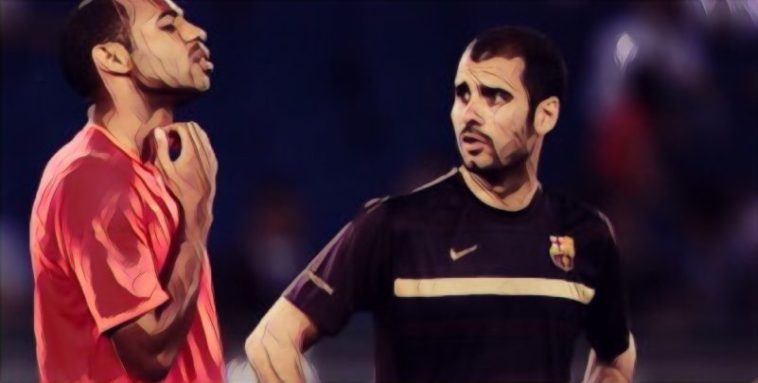 Manchester City manager Pep Guardiola has said he feels “so sorry” for Thierry Henry, following the news of his sacking from Monaco.

The legendary former Arsenal forward struggled to make an impact during his brief time at Monaco, managing just four wins in his 20 matches in charge. He also chalked up 11 defeats and 36 goals conceded as the French club slumped to 19th in the table.

Guardiola managed Henry during his time in charge at Barcelona from 2008 and clearly feels some sympathy for the Frenchman after his first job in management came to a sudden end last night.

“I don’t understand it. It is not my business but I am so sorry for him.’’ Guardiola told the press ahead of his sides FA Cup clash with Burnley.

“I know Thierry very well. He is an exceptional person.”

Henry was part of the Guardiola’s Barcelona team that won the a La Liga, Copa del Rey and Champions League treble in 2009 and had previously admitted his desire to emulate the style of football played by his former mentor.

He had signed his former Arsenal teammate Cesc Fabregas from Chelsea earlier this month, as he looked to engineer a turn around in the club’s fortunes, but a 1-3 home defeat to second tier Metz in the French Cup on Tuesday night proved to be the final straw for Monaco.