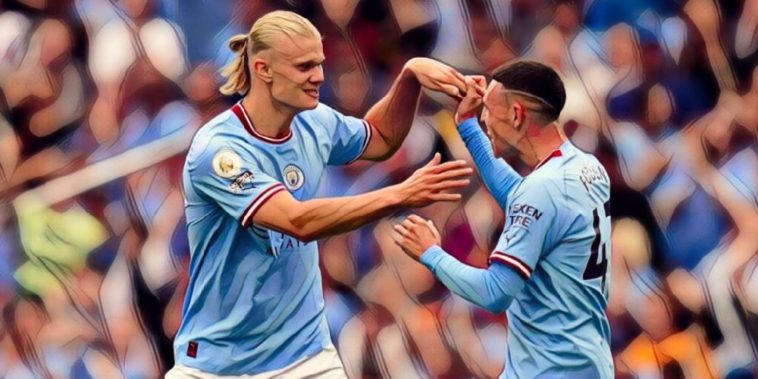 Pep Guardiola praised the importance of Bernardo Silva as Man City were forced to come from behind to beat Crystal Palace 4-2 at the Etihad.

Manchester City came into the game having dropped points in their last outing, coming from behind to earn themselves a point in their fascinating game against Newcastle last weekend.

Pep Guardiola’s side also played out a 3-3 draw in a midweek friendly against Barcelona, though their hopes of getting back to winning ways were dealt an early blow as they fell behind through a John Stones own goal in the fourth minute following an Eberechi Eze free-kick from the right.

Man City unsurprisingly dominated the ball after falling behind, but in the 21st minute, the visitors would stun the Etihad once again. Having created the first, Eze again put in another lovely delivery from the right, this time from a corner, his delivery picking out the unmarked Joachim Andersen in the middle of the box who steered his header beyond Ederson.

Crystal Palace have been somewhat of a bogey side for Man City, particularly in 3pm kick-offs, the Eagles being responsible for both of City’s most recent defeats in the traditional kick-off slot, and it looked as though lightning could be about to strike for the third time.

However, City pulled one back eight minutes into the second half, Barcelona and PSG target Bernardo Silva cutting onto his favoured left foot, before his deflected strike found its way past Vicente Guaita.

Having come from two goals down last weekend, the Champions repeated the trick to haul themselves level just after the hour mark. Phil Foden clipped in an inch-perfect cross from the left to pick out the head of Erling Haaland, who nodded past Guaita to make it 2-2.

The prolific Norweigian then completed the turnaround just minutes later, poking home from close range to steer John Stones’ scuffed effort into the back of the net following a corner for what was already his fifth goal in just four Premier League appearances.

Haaland wasn’t finished there though, the 22-year-old latching onto a threaded Ilkay Gundogan pass, before stroking past Guaita to complete his first hat-trick in English football, with all three goals coming within 19 minutes.

Speaking after the game, Pep Guardiola was relieved his side were able to produce another comeback, and said Haaland’s hat-trick – the eleventh of his career – was ‘nothing special’.

“We have the ability to score goals but lately we are conceding a lot,” he told Sky Sports. “It’s nice leaving in this situation and to have a comeback. You are in the margin when this happens sometimes.

“They were well organised and we didn’t do what we need to do in these types of games. What [Erling Haaland] has done today he has done all his career. It is nothing special.”

Bernardo Silva is the subject of interest of both Barcelona and PSG, though the Catalan was quick to highlight the influence of the Portuguese playmaker.

“We dropped two points against Newcastle but we could have won with the chances we had and we learn that process. Today it was good.”