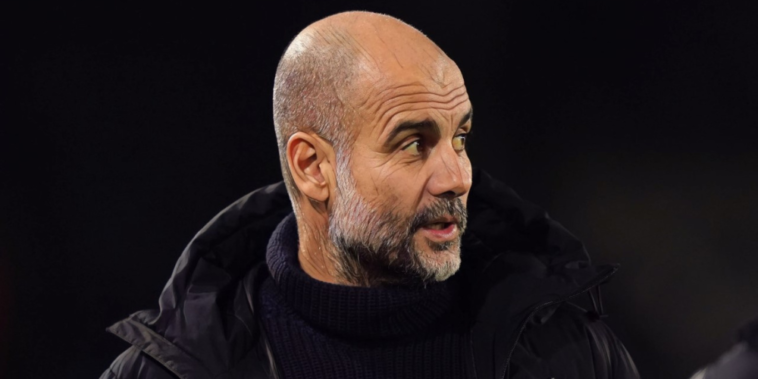 Pep Guardiola has outlined where he believes Arsenal and Manchester United have an ‘advantage’ over Manchester City in the title race.

City are second in the Premier League table ahead of Thursday’s trip to face Chelsea at Stamford Bridge, as the champions look to secure a win and close the gap on leaders Arsenal to five points.

Arsenal are the surprise leaders after an excellent start to the season under Mikel Arteta, while Manchester United moved within a point of City after securing a fourth consecutive league win earlier this week.

Guardiola believes the added expectations for his side can work as an advantage to their rivals, with City the title favourites and in pursuit of a fifth Premier League crown in just six seasons.

“The advantage of Arsenal and Manchester United right now is nobody has to win the Premier League for 20 points ahead in November like Man City has to – and this is sometimes a big problem,” Guardiola said at his pre-match press conference.

“People say, ‘Ah, yes, but you are [City],’ but with Arsenal winning all their games and you are eight points behind, it can happen [that City won’t win the title].

Guardiola was asked whether Arsenal could fall away in the title race, with the Gunners having exceeded all expectations so far this season. The north Londoners have dropped just seven points from their 17 league games, but have not won the Premier League title since 2003/04.

“Why?” he asked. “The way they played against Newcastle again impressed me a lot. They dropped two points but they didn’t drop the quality [with which] they played.

“This is my feeling. I don’t know what is going to happen in the future, but when you play [them] the smell of the history of Arsenal has to be there. Their history is bigger than Man City.

“We have to reduce the gap by playing good and winning games. They could do more than 100 points if they keep this average and then we will not catch them. So we have to be almost perfect and hope they drop. They were excellent [against Newcastle].”

Opinion – Write Manchester City’s title hopes off at your peril

Read Also – Are Arsenal shedding their stereotypes with a title up for grabs?