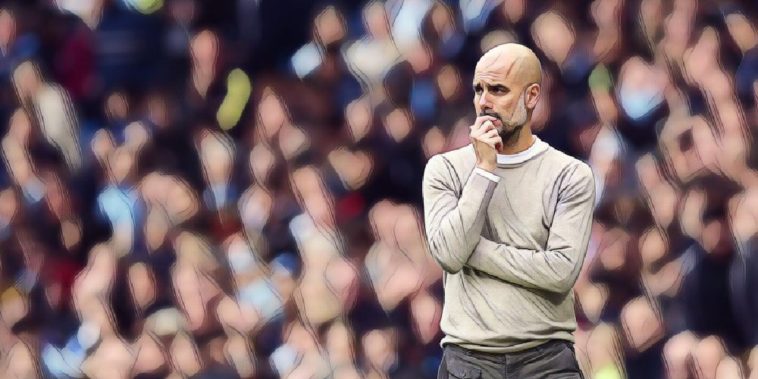 Pep Guardiola insists his Manchester City side are capable of overhauling their eight-point deficit to league leaders Liverpool.

The Premier League champions fell further behind their Merseyside rivals this weekend, as Adama Traore’s late double condemned them to a shock 2-0 defeat to Wolves at the Etihad.

Liverpool‘s flawless start to the new season has raised doubts that Guardiola’s side can secure a third successive title, though the Spaniard admits he has faith in his side’s ability to turn the title race around.

“I know these guys,” Guardiola told the BBC.

25% – Pep Guardiola has a 25% win rate in all competitions against Nuno Espirito Santo (1/4); only against Ronald Koeman (0%) and Jurgen Klopp (22%) does he have a worse win rate as Man City manager (min 3 games). Perplexed. #MCIWOL pic.twitter.com/ODUGhT9ELG

“They are still incredibly involved and they can still do it.”

Last season, Man City overhauled a seven-point deficit in December to pip Liverpool to the title by a single point, and whilst Guardiola concedes Jurgen Klopp’s side have a significant advantage in the early stages of the season, he is confident his side can come back with 30 games still to play, with two games against the league leaders still to come.

“The distance is big, I know that,” added Guardiola.

“For many circumstances, they [Liverpool] didn’t drop points. It is better not to think one team is eight points ahead.

“It is only October. There are still a lot of games.”