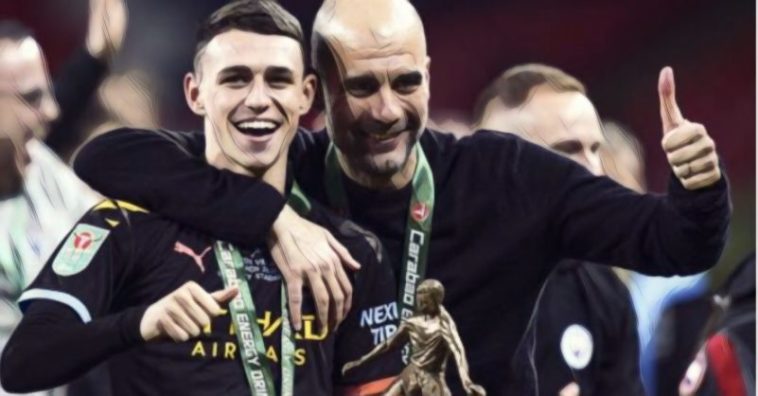 Manchester City’s recent domination of the EFL Cup continued as Pep Guardiola’s side beat a spirited Aston Villa 2-1 to win the competition for the third season in a row.

City boss Guardiola once again surprised with his team selection, making eight changes from the side that won so impressively away to Real Madrid in midweek. However, the game would take on something of a predictable pattern despite the wholesale changes, City dominating possession and pushing and probing for an opener.

Man City would take the lead in the 20th minute through a familiar source, the clubs all-time leading goalscorer Sergio Aguero volleying home from close range after an intelligent knockdown from man of the match Phil Foden.

Many of Aston Villa fans would then have fears of a repeat of the 6-1 scoreline of when the sides last met in the Premier League, when Spanish midfielder Rodri rose highest to head home a corner on the half-hour mark.

Villa would strike back just before the break though, Tanzanian striker Mbwana Samatta powerfully heading home an Anwar El Ghazi cross after City defender John Stones had slipped in the build-up.

City continued to dominate in the second-half, but Villa defended valiantly in the hope that they would create a chance and force the game into extra time.

That chance would come for Dean Smith’s side as the game headed towards injury time, but City ‘keeper Claudio Bravo tipped Bjorn Engels header against the post and City held on to secure yet another piece of silverware.

Speaking afterwards, Guardiola admitted he was delighted with his sides’ success, and paid tribute the level of consistency required to win the competition for a third successive season.

“The game was good. Phil was clinical. Big success, our second title of the season with the Community Shield, it’s so nice.