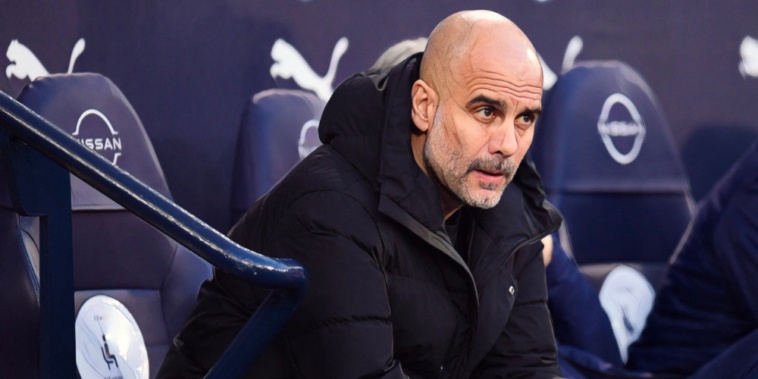 Pep Guardiola has discussed the condition of his Manchester City squad ahead of the club’s Carabao Cup clash with Liverpool.

City take on Liverpool at the Etihad tomorrow evening as the two rivals go head-to-head for a place in the quarter-finals. It is the first fixture for both teams since the break for the World Cup, with each set to be missing several stars who were involved in Qatar.

Ahead of the clash, Guardiola has discussed his options and believes the returning World Cup players are in ‘better condition’ than those who have had no tournament involvement.

“Hopefully they come back and work well and in four years they can have another experience in Canada, Mexico and the USA. The players who were at the World Cup are in better condition than the players who were here. Sergio [Gomez], Erling [Haaland], Riyad [Mahrez] and Cole [Palmer], they are missing the rhythm a little bit compared to Rodri or Manuel Akanji.

“They competed and we had holidays.”

Guardiola was asked whether his side could suffer from burnout later in the season due to winter World Cup, but insisted his focus was on the club’s immediate fixture list.

“I’m not concerned about March or April now. Now every player has had different managers, a different competition. Their mind was away, but we have an important game tomorrow, then against Leeds, the January schedule is demanding, so we want them back as soon as possible.”

One player who will not return to City this week is Julian Alvarez, with the forward celebrating Argentina’s World Cup triumph.

Alvarez had a key role in the world champion’s success and Guardiola expressed his delight at the achievement of the 22-year-old and former players Nicolas Otamendi and Lionel Messi.

“We are incredibly happen for him and (Nicolas) Otamendi and – personally – for Messi.

“We are delighted for Julian. We have a world champion in our team.”