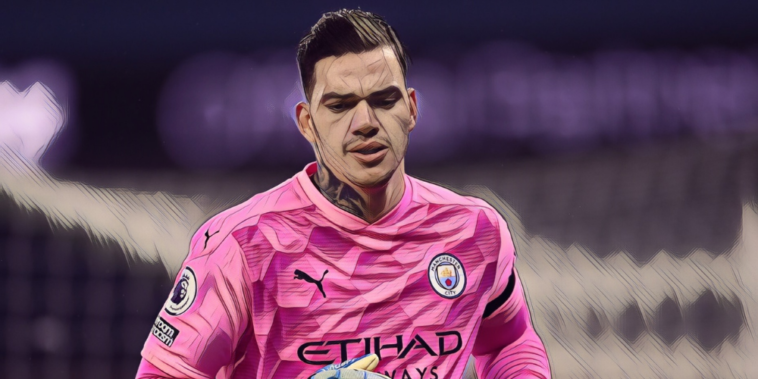 Pep Guardiola has remained coy when asked if Ederson will take penalties at Manchester City, following a suggestion the goalkeeper could become the club’s new spot-kick taker.

Guardiola’s side have endured a wretched recent record from penalties, having missed eight spot-kicks since the start of last season with Ilkay Gundogan the latest culprit after blazing an effort over the crossbar against Liverpool at the weekend.

With Kevin De Bruyne and Sergio Aguero currently sidelined through injury, Guardiola suggested that Ederson could be the latest name in line to take penalties after admitting last season the Brazilian goalkeeper was the best at the club from 12 yards.

Guardiola has remained coy when pressed on whether Ederson could assume penalty duties, however, though insists the 27-year-old is an option and has the ‘personality’ to handle the pressure and responsibility.

“[Ederson] has to save the goals and after that we will see what happens,” the Man City boss told his pre-match press conference.

“Now Aguero is out and Kevin [De Bruyne is] not here, it is an option, of course it is. The penalty taker has to have personality.”

City will be looking to continue their 21-game unbeaten run in all competitions when they travel to face Swansea in the FA Cup fifth round tomorrow evening.