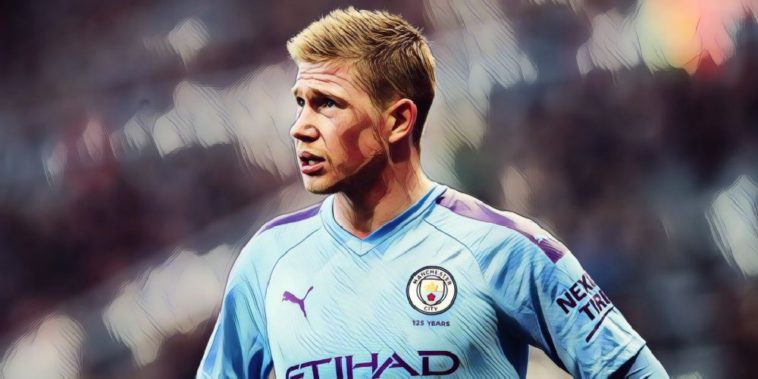 Pep Guardiola admits Manchester City midfielder Kevin De Bruyne is a doubt for Sunday’s Manchester derby with a back injury.

Guardiola has revealed that the 28-year-old has felt some discomfort following a fall at Wembley, though the Spaniard is hopeful the midfielder will not face an extended period on the sidelines.

“Kevin had a problem here [pointed to shoulder]. He was not fit,” Guardiola told his post-match press conference.

The most chances created in Europe's top five leagues (96) and the joint-most assists (16).

“In the last game, the last minutes he fell down in a bad position and had a problem in his back. We don’t know how long [he will be out]. Hopefully not much.”

The Premier League champions make the short trip to Old Trafford to face rivals Manchester United this weekend, before meeting Mikel Arteta and Arsenal in a rearranged fixture at the Etihad in midweek.

De Bruyne has been arguably the club’s best player this season, though Guardiola raised doubts over his fitness when asked whether he would be fit for Sunday’s huge derby meeting.