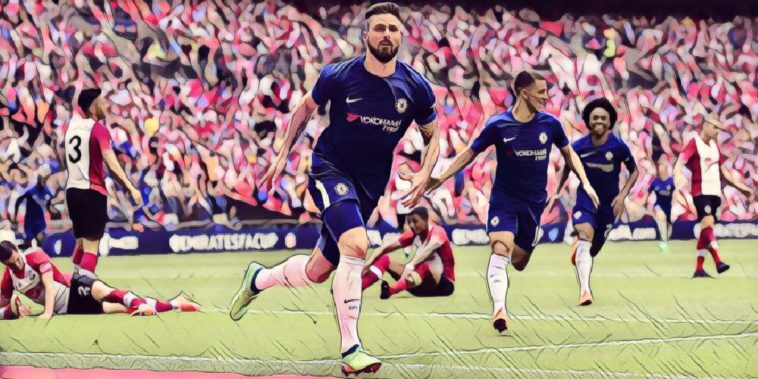 Olivier Giroud has revealed that his £19 million January move from Arsenal to Chelsea has him in top shape going into next month’s World Cup in Russia.

The 29-year-old striker has displaced the Blues record signing Alvaro Morata as first choice striker at Stamford Bridge, after deciding to quit the Emirates in search of more regular first team football.

“I had to impose myself at Chelsea,” Giroud said.

“I’ve always been lucky enough to have made the right decisions, if I can say that. I’ve always felt that I’ve had good fortune in that way.

“It’s not just about making the right choice. You have to make your mark too. I had the chance to do that and I’m very happy. It’s a development in my career in terms of my club.

“I feel very good there and it was definitely a new challenge that was needed for my development, for the rest of my career, and also for the World Cup.

“I performed for Chelsea and that helped me keep my confidence up and to be in form so that I would be ready for France.”

Despite having an amazing selection of attacking talent to choose from, Giroud has always been something of a favourite of French coach Didier Deschamps. On Monday Les Blues beat Ireland 2-0 in a pre World Cup qualifier in Paris and Giroud scored his 31st international goal, meaning he overtakes the great Zinedine Zidane as the fourth highest goal scorer in France’s history.