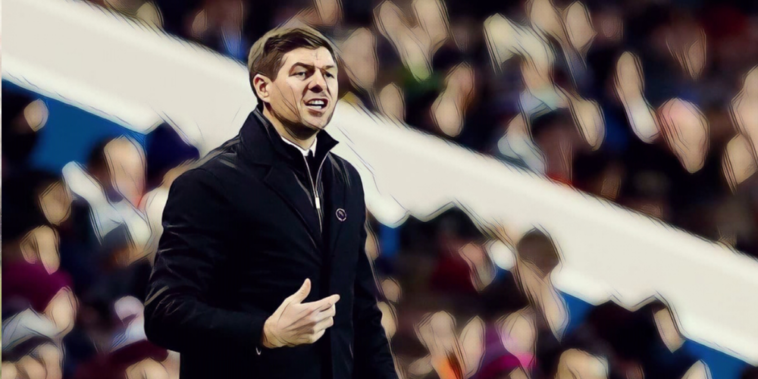 Steven Gerrard is expecting a ‘reaction’ from Everton against Aston Villa following the appointment of Duncan Ferguson as caretaker manager.

The trip will also be Gerrard’s first visit to Everton as an opposing manager and the former Liverpool captain admits he is expecting to be on the receiving end of ‘abuse and banter’ from the home crowd.

“Pretty similar to what I got at Old Trafford, I don’t think it will be much different,” Gerrard said at his pre-match press conference.

“Loads of abuse, loads of banter, which is fine. It takes the heat off my players and they can focus on playing.

“My shoulders are broad enough and my skin’s thick enough to accept that warm welcome. I haven’t got a problem with it.”

Gerrard discussed what he is expecting from Everton tomorrow and says his side should be prepared for a reaction from the Toffees, with the Villa boss anticipating ‘a cauldron of an atmosphere’ as club great Ferguson prepares for his first game as caretaker boss.

“You can quite clearly see, listen to and read the noises that are coming from Everton at the moment, which is the caretaker manager demanding a reaction.

“I don’t think it’s difficult to predict what’s going to be coming our way. I think you’re going to see a real cauldron of an atmosphere at Goodison, I think they’ll be behind the team.

“The majority of them (the fans) wanted a changed in that position (manager). To have an iconic figure leading the team (Duncan Ferguson), it will be pretty similar to what happened when he took over previously.

“The atmosphere, noise and support behind the team changed and he got a big reaction out of the players. From our point of view, we need to be ready for that, we need to handle that and make sure we’re the best version of ourselves.”