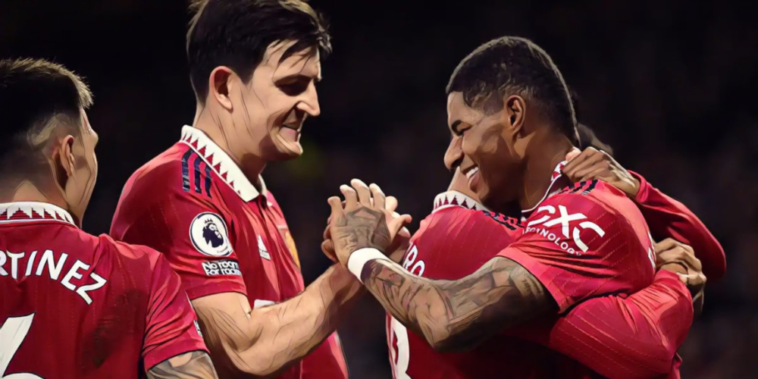 Fulham take on Manchester United in the Premier League this weekend, as the Cottagers look to maintain a strong start to their top-flight return.

The visitors will be hoping to bounce back from a setback last week, as Erik ten Hag’s rebuild of the Red Devils continues.

Here is all you need to know about Sunday’s clash.

Fulham suffered a first defeat in four league fixtures last time out, as the Cottagers fell to a stoppage-time defeat at 10-man Manchester City. Despite boasting a man advantage for more than an hour, the west Londoners were unable to secure a result.

Marco Silva’s side have impressed this season however, and sit in the top half despite pre-season predictions for a season of struggle. Aleksandar Mitrovic trails only Erling Haaland and Harry Kane for Premier League goals (9) this season, but missed the defeat at City with an ankle problem. Fulham will hope he is fit to feature at Craven Cottage this weekend.

The Cottagers have competed well in clashes against ‘Big Six’ opposition so far this season. Fulham held Liverpool to a draw on the opening weekend, while away trips to face Spurs, Arsenal and Manchester City have ended in narrow one-goal defeats.

A slow start did the damage for the visitors, who found themselves two goals down inside 11 minutes. That defeat was a setback in an otherwise encouraging start under Erik ten Hag, whose side have shown signs of improvement during the opening months of the campaign.

United were much better when the two sides met again on Thursday in the Carabao Cup, the Red Devils twice having to come from behind to earn a 4-2 win in what was a pulsating second half at Old Trafford.

Raphael Varane’s absence has been a blow, while the lack of a reliable centre-forward is also an issue further forward. Cristiano Ronaldo has returned to the side in recent weeks, though was ill for the cup game, but the Portuguese has just three goals from 18 appearances in all competitions this season. Bruno Fernandes’ return from suspension will boost Ten Hag’s team this weekend, though Diogo Dalot will miss out.

Manchester United were held to a 1-1 draw against relegated Fulham during the last meeting between the teams, with Ole Gunnar Solskjaer calling the clash a ‘wake-up call’ ahead of his side’s Europa League final date with Villarreal.

Edinson Cavani opened the scoring with a sensational 40-yard lob, as Old Trafford welcomed supporters back for the first time since the Covid-19 pandemic saw fans banned from stadiums.

United were unable to hold on for a win however, as Joe Bryan rescued a point for Fulham. The full-back arrived unmarked to convert Bobby Decordova-Reid’s cross and earn the Cottagers a draw at Old Trafford.