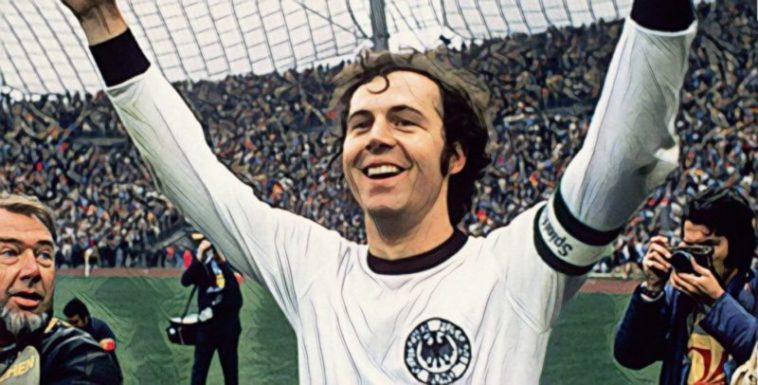 There are few players in football who revolutionise the sport to an extent that their impact remains just as vivid decades later, but the career of Franz Beckenbauer saw the German become arguably the greatest defender to have ever graced the game.

The first defender in history to win the Ballon d’Or, Beckenbauer was named as Europe’s finest player on two occasions during a career that saw him captain Germany to World Cup and European Championship success, alongside leading Bayern Munich to four Bundesliga titles and three successive European Cups.

Beckenbauer’s wealth of success all came in trademark elegant style, ‘Der Kaiser’ pioneering the libero position and setting an example for some of the game’s greats to follow suit in the ensuing years.

We look back at the legacy of one of football’s finest, here are 10 of the best quotes on Franz Beckenbauer:

“Beckenbauer was one of the best I ever saw play.” – Pelé

“Franz was a marvellous distributor of the ball, a great tackler, he always had control of a situation and he never panicked. He was extremely cool and never looked like he was at full stretch. Such a hard player to play against.” – Sir Bobby Charlton

“He could play in either position (defence or midfield). He had versatility, suppleness, read the game very well, knew how to play, and could get forward and score goals too.” – Eusebio

“You’d have to say he was the perfect player.” – Karl-Heinz Rummenigge

“He was a leader of men, a dominant presence who could bring the ball out with grace and skill. But I tell you this: he broke my heart. As an eight-year-old, I watched the 1974 World Cup Final between West Germany and Holland and I was supporting the Dutch. I cried my eyes out when they lost. I was very sad, but now I understand all about the brilliance of the Kaiser.” – Eric Cantona

“No one ever got past Franz.” – Gerd Muller

“A true gentleman of football, who was capable of playing anywhere on the pitch because he was so skilful and read the game so well. Add to that the fact he was class epitomised and was at the top for a long time. Stylish.” – Emmanuel Petit

“Class personified. Calmness, pace and the ability to effortlessly move into midfield and attack. He had a picture of every player on the pitch. He inspired me as a kid, when I saw him play a pass with the inside or then the outside of his foot. The mark of a great player is the ability to be just as effective playing through different eras.” – Glenn Hoddle

“Very graceful, great on the ball and a great reader of the game. He could also play in midfield and in defence, but for me his best position is as the ‘libero’ at the back, bringing the ball out and linking defence with midfield. He was a great leader too, a positive influence in the dressing room.” – Ossie Ardiles

“I once saw Franz Beckenbauer enter a restaurant and he did it the same way he played football: with class and authority.” – Brian Clough