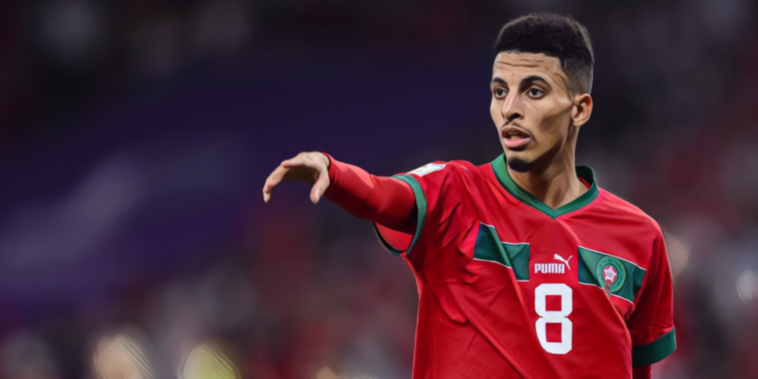 Amrabat and Ounahi shone for the tournament’s surprise package as Morocco became the first African team to reach a World Cup semi-final.

Amrabat was linked with a move to the Premier League last January with Tottenham keen on a deal and the Mail are reporting there is now a quartet of English clubs chasing a deal for the Fiorentina midfielder.

Chelsea, Liverpool, West Ham and Newcastle are all interested in the 26-year-old, who could be allowed to leave Florence as he enters the final 18 months of his deal at the Serie A side.

Ounahi is also a player who has catapulted himself into the consciousness of top clubs. The 22-year-old was playing in France’s third tier just 18 months ago, but starred during the World Cup in Qatar.

Luis Enrique was full of praise for Ounahi after his performance in Morocco’s last-16 win over Spain and Wolves, West Ham and Leicester are understood to be monitoring the midfielder.

Ounahi currently plays his club football at Angers, who are bottom of Ligue 1 at present. The French side are expecting bids in the region of £20m for the youngster following his exploits in Qatar.