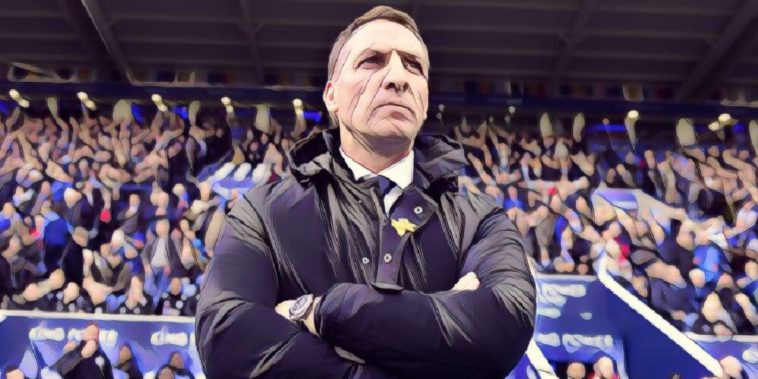 Rodgers left Celtic to take over at the Premier League side last month, with many of the Scottish champions fanbase having been left angered by the decision.

Strachan, who was in charge at Celtic Park between 2004-2009, has backed Rodgers decision stating the strength of the Premier League will have played a huge factor in the Northern Irishman’s decision.

“It is not the fact he has chosen one club over another, it is the fact he chose one league over the other,” Strachan said.

“The leagues are completely different. Celtic are a bigger club in world football but Leicester are a top club playing in the top league in the world. That is the decision.

“It is not a slight against Celtic, it is reality, which is not really accepted in Scotland. There is a reality that our league is not that great.

“Brendan was probably thinking how long he could go on playing teams on plastic pitches and against sides who couldn’t test him or his players. He had to look at that.”

Many Celtic fans were left angered by Rodgers’ decision to leave the club mid-season, with the prospect of an unprecedented ‘treble treble’ of domestic trophies within the club’s sights.

Strachan, however, believes Rodgers made the decision so that he had the opportunity to analyse his squad at Leicester before his first full campaign.

“I don’t think Brendan is someone who rushes into any decision quickly or lightly. He is analytical in everything he has done. That’s why he has been so successful.

“So I don’t think this came out of the blue. He has had time to think about this.

“Does he stay and win the treble with Celtic? Does he move to Leicester, and give himself a few months to look at the squad and what needs to be done in the summer?

“I think he is probably looking at it and thinking if he went to Leicester in the summer it would only give him five weeks to work with the players before the new season starts. This way he gives him four or five months to look at what he has got, where he wants to go, what needs to be done.

“I think that is Brendan’s analytical brain telling him he has the opportunity to have a real good look at Leicester.

“I know Celtic fans would have loved him to stay until the end of the season.”