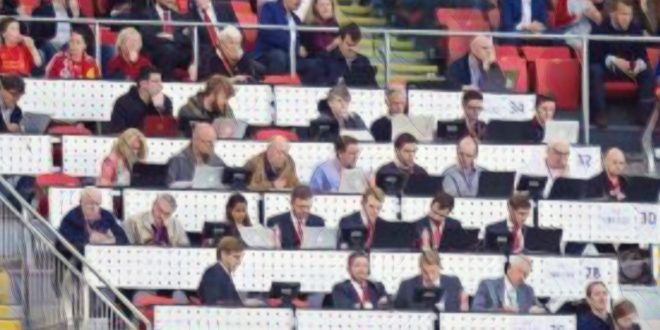 Who’s going where and why? It’s the transfer market for football writers!

The cat has been thrown amongst the pigeons in the world of football journalism in recent months, as a major US sports website has been hoovering up a mass of talented writers from the UK.

The Athletic, which publishes all of its content behind a paywall, has gone on a spending spree this year in order to break into the British market, according to Buzzfeed, who first reported on this story last month. The site runs on a subscription basis, charging readers a monthly or annual fee, offering in-depth analysis from beat writers on their local sports teams.

The financial viability of the site has been a talking point even well before this expansion. They apparently have well over 100,000 subscribers, and have raised as much as $28 million in venture capital, so they have the resources right now to poach talent. The question is whether or not it is sustainable, something football writer Jon MacKenzie delved into on Twitter:

A lot of noise on Twitter tonight following that Mark Di Stefano Buzzfeed piece about The Athletic.

* The Athletic is Venture Capitalist (VC) and subscriber funded.

The project is curating a team akin to the Galacticos of Real Madrid in the early 2000’s, with some of the finest journalists from top UK media outlets joining them. And now some of those newspapers and websites are scrambling in response, trying to keep what they are left with or bring in new bodies. It’s like a transfer market for journalists.

Hey, that gives me an idea…

A huge coup for The Athletic, Taylor is an award-winning journalist who broke the UK’s football child abuse scandal last year. His articles are generally must-read material.

Scoop: “It has set off a bomb. Fuck it’s tremendous” – The Athletic guts the football teams from the Guardian, the Daily Mail and the Times.

One of The Athletic’s first major signings, Ed Malyon rose quickly through the ranks of sports journalism to become an editor at The Independent at the age of 27. Like many of the recent acquisitions, there doesn’t seem to be an official announcement of his move, although according to Malyon’s Muck Rack profile he has most definitely moved to the American digital publisher.

Last day at The Independent today after a brilliant few years. I’d mainly like to thank the team for making it all so enjoyable, for working so hard and achieving so much. Thanks to all freelance and occasional contributors too. Next stop is America but more on that another time

A reporter who has become well-known for his transfer scoops, David Ornstein has become a bit of meme in Arsenal circles and could bring Gunners fans in their droves to the site just for his pieces.

A well-respected writer on the Leeds beat, The Athletic are hoping Phil Hay will coax some of his 165,000 Twitter followers to subscribe.

My last day at the YEP. So I wrote a piece on football writing, covering Leeds United and, more importantly, Leeds itself:https://t.co/RHFV3vVAsE

With just under half a million followers on Twitter, James Pearse could be the key to unlocking a huge potential Liverpool audience.

It hurt when Torres left.

It hurt when Suarez left.

It hurt when Coutinho left.

It’s a different level of hurt right now that James Pearce has left.

By the sounds of it this move is very much going to happen. An Arsenal supporter, Amy Lawrence is rumoured to be leaving the Guardian, along with Dominic Fifield and Stuart James. If true, that’s four stalwart’s of the newspaper’s football desk gone.

A bit poignant, personally, as it's my last piece for the Guardian and the Observer. For 23 years there I have thanked my lucky stars, worked with brilliant people I like enormously and had a blast. I couldn't be more grateful for all of it.

Another excellent writer, Jack Pitt-Brooke’s loss to The Independent will be keenly felt by the website. As an online-only outlet available to read for free, The Athletic’s model and its success will be keenly observed by them.

Today is my last day at the Indy after nine years here. It’s been an absolute honour, I feel blessed to have worked with so many brilliant people.