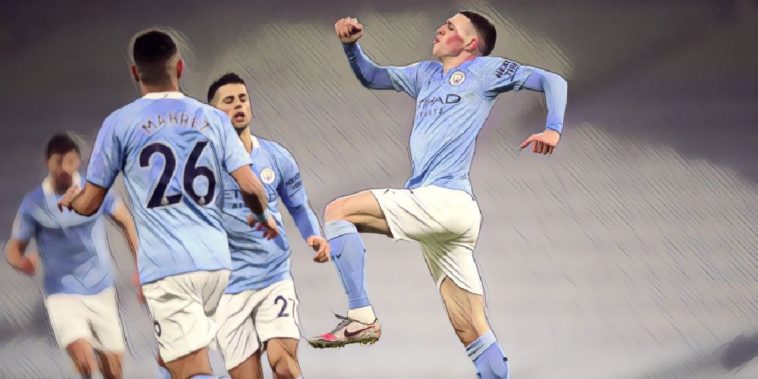 Manchester City moved up to third in the Premier League with a 1-0 win over Brighton at the Etihad.

Man City had a slow start to the season, with Pep Guardiola having revealing his side were running too much with the ball, though they have looked back to their slick best in more recent weeks, with the Citizens also enjoying a new-found defensive resilience.

Guardiola’s side dominated the ball throughout the opening stages with Kevin de Bruyne, in particular, forcing Brighton ‘keeper Robert Sanchez into a number of decent saves. City finally got the breakthrough a minute before the interval, however, Phil Foden receiving the ball on the left side of the box, cutting onto his right, before slotting home low past the Spanish stopper at his near post.

City missed a number of chances shortly after the break as they looked to extend their lead, with Riyad Mahrez firing wide and Bernardo Silva crashing an effort off the post, before Brighton rallied and looked to get snatch a point.

Graham Potter’s side were, however, unable to break down City’s defence, before they gave away a stoppage-time penalty, only for Raheem Sterling to blaze his effort over the bar from 12 yards.

Phil Foden is now Manchester City's top goalscorer of the season with 8 goals in all competitions ⚽ pic.twitter.com/8uYBRtEJCc

The result moved City up to third, one point behind Liverpool and four behind Manchester United, with Etihad outfit still possessing a game in hand, and speaking afterwards, matchwinner Foden insisted the Citizens were back to their best.

“It definitely feels like we’re back to our best. We’ve taken confidence from the last few results,” he told BT Sport.

“We could have done better today but overall I’m very proud of the team. It’s a great result.

“Brighton defended really well and had a good game plan. To get the goal before half-time was really important. It ended up as the winning goal so I’m delighted.

“I don’t score too many with my right foot so I enjoyed it.

“I always like to score goals and be there in the box. We just want to keep going with this form and pushing to win the league.”