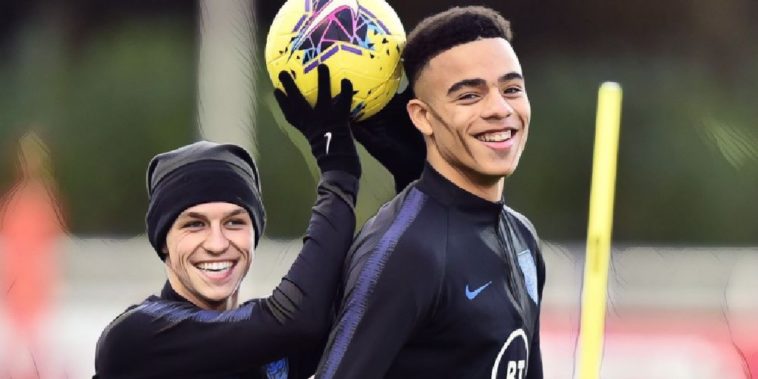 Phil Foden and Mason Greenwood are facing ‘disciplinary action’ after breaking coronavirus restrictions whilst on international duty with England.

The duo are facing the prospect of being withdrawn from the England squad after reportedly breaching UEFA’s coronavirus protocols at the Three Lions’ team hotel in Reykavik, Icelandic media outlet DV alleging that girls were invited to the player’s rooms, with footage shared via Snapchat.

The incident is likely to be hugely disappointing to Gareth Southgate who handed the emerging pair their senior debuts for the 1-0 Nations League victory over Iceland on Saturday, Foden and Greenwood regarded as two of the brightest prospects in English football at present.

According to the Telegraph, the pair will now face ‘disciplinary action’ following their breaching of regulations and the situation has cast a shadow over their first call-ups to the senior side, with reports that both players will not travel with the rest of the squad for tomorrow’s clash with Denmark.

Phil Foden + Mason Greenwood will not travel with rest of England squad from Iceland to Denmark this afternoon after breaking bubble in Reykjavik with girls. Gareth Southgate to confirm shortly.

Gareth Southgate is set to address the issue to the media today, though it appears unlikely that either player will feature in Copenhagen.

Manchester City midfielder Foden was handed a starting opportunity for the weekend win over Iceland, whilst Manchester United teenager Greenwood was introduced as a second-half substitute, as Raheem Sterling’s stoppage-time penalty secured England victory in their Nations League opener.

The anticipated absence of the duo will leave Southgate with a squad of 22 players ahead of the fixture with Denmark, with Danny Ings and Kieran Tripper both expected to be passed fit despite suffering a clash of heads in training.